Since 1998 Hyundai Hope on Wheels (HHOW) has been funding pediatric cancer research in the United States. This non-profit, primarily funded by Hyundai Motor America and its more than 825 dealers in the U.S., has awarded more than $170 million toward that effort. 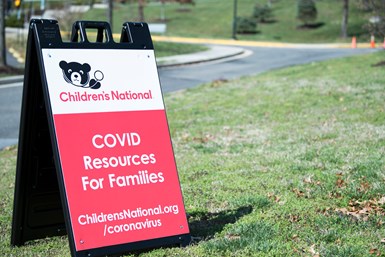 Hyundai Hope on Wheels is supporting the expansion of COVID-19 drive-thru testing across the U.S. (Images: Hyundai)

Today HHOW announced $4 million in grants to expand COVID-19 drive-through testing to 22 hospitals across the country.

These test kits are being provided to hospitals in places like Chicago, New Orleans and Detroit; last week, Hyundai donated $100,000 and 10,000 RT-PCR tests to the city of Detroit, which has been particularly hard-hit by the virus.

Now it is stepping up even more with today’s announcement.

We have seen that the auto industry has stepped up the world over to address the pandemic.

Nobody told Jose Muñoz, president and CEO of Hyundai Motor North America, that there was a law that made the company obligated to make these investments. He and his colleagues recognized they could help, and so they are.

This isn’t about selling Sonatas. This is about helping people.

What is particularly key to this commitment from HHOW goes to the testing kits and the drive-through testing.

We heard weeks ago from the government that we would be going to our local Walmart or Target for testing. Which hasn’t happened.

Yet here we have Hyundai supporting drive-thrus literally across the country at hospitals. It is happening.

Muñoz: “A best practice that was crucial in South Korea’s handling of the coronavirus was drive-thru testing. This approach protects the healthcare workers and patients from the potential spread of the virus, while diagnosing those most in need.”

The auto industry not only recognizes best practices.

It puts them into action.