The previous-generation Hyundai Elantra (2010 to 2015) had the edgy Fluidic Sculpture design forming its sheet metal; it’s bigger brethren, the Sonata, was more visible in this regard, though the smaller size of the Elantra gave the skin a greater tautness than was the case on the Sonata.

Be that as it may, both cars now have fewer creases and forms than they once did.

Presumably, part of the toning down of the shapes was to make the vehicles more appealing to a wider car-buying public.

But a problem is, I think, that whereas the other OEMs are going to where Hyundai design once was, Hyundai has gone back, design-wise, to the vague anonymity of the other brands. 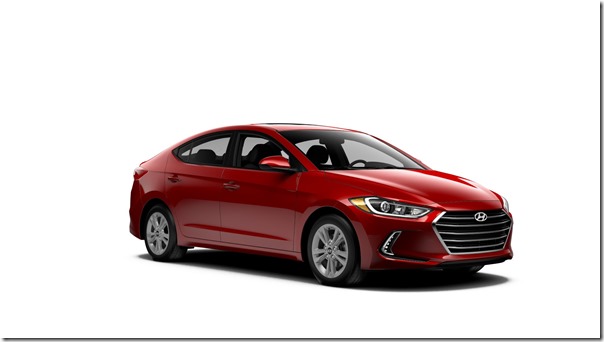 The case of the Elantra comes up because this week Hyundai added the “Value Edition” Elantra to its lineup, a new trim level with a starting price of $20,250.

“Value Edition” might sound like something that’s been—to use a word that seems to have fallen out of discourse of late—decontented.

You know, made more thrifty through the elimination of things.

Yet here’s why the Value Edition Elantra is worthy of note:

It is including things that are not always available on vehicles twice the price.

Arguably, Hyundai is flipping the approach here by providing tech that is otherwise unavailable or available only at (a) a dear price or (b) on a vehicle higher in the hierarchy.

This isn’t likely to stop the move toward crossovers and away from sedans, but it surely makes a strong case for the Elantra.