U.S. robot use in 2019 up but slowed. China dominates deployment
#tech

There are now 2.7-million industrial robots at work around the world in factories. This is an increase of 12%, according to the World Robotics 2020 Industrial Robots report from the International Federation of Robots (IFR). 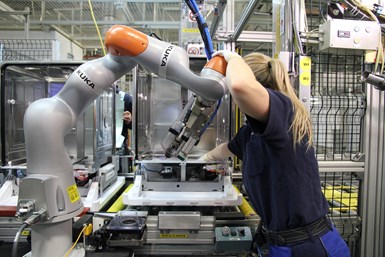 According to Milton Guerry, IFR president, “The stock of industrial robots operating in factories around the world today marks the highest level in history.”

While that fact isn’t necessarily surprising (what would be surprising is if the number was the lowest in history), what is remarkable is that Guerry said that there has been a worldwide increase of about 85% in robotic automation between 2014 and 2019.

The IFR points out that most of the robots in the U.S. were imported from Japan and Europe.

Although the IFR acknowledges that COVID-19 will have a “strong impact” on the numbers for 2020 in the wrong direction, it stresses that a key advantage of robots remains the same: “Automation enables manufacturers to keep production in developed economies—or reshore it—without sacrificing cost efficiency.”

Someone might want to bring this to the attention of the British, because when (if?) Brexit occurs, they’re going to need the kind of efficient manufacturing capabilities that robots provide.