A new automotive company will be making a no-nonsense 4x4. And it is not an EV startup.
#Land Rover #Jeep #Toyota

Consider this: “INEOS is a global manufacturer of petrochemicals, specialty chemicals and oil products. It comprises 34 businesses each with a major chemical company heritage. Its production network spans 168 sites in 26 countries throughout the world.”

OK. A chemical company. But that’s not all. For some reason, it has decided to get into the auto industry. 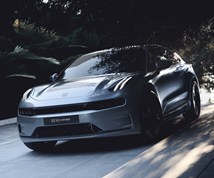 Another EV company? Well, given that “oil products” involvement, that’s not the case. INEOS Automotive has established an engine supply relationship with BMW, and Dirk Heilmann, CEO of INEOS Automotive emphasizes that one of the things they’re looking for putting under the hood of their Grenadier utility vehicle will be characterized by a lot of torque. Yes, electric motors have it. But so do, for example, diesels. Yes, they’re going to be offering diesel and gasoline engines.

What’s in a name? According to the company, “Grenadier” was selected based on an on-line poll that 6,000 people participated in. It will be named after the pub in London where they came up with the vehicle.

And that vehicle would be. . . This is Sir Jim Ratcliffe, INEOS Group chairman, back when they announced they be developing and building a vehicle: “We want to build the world’s purest 4x4 and are aiming it at explorers, farmers and off-road enthusiasts across the globe.”

When is the last time you saw farmers clearly identified as an important market outside of ads for full-size pickup trucks?

The company is building a production facility in Bridgend, South Wales, that is to go into operation in 2021. Heilmann said that one of the reasons they’re pleased with the site is because farming still goes on in the area.

(It is also establishing a sub-assembly plant in Estarreja, Portugal, for the production of the body and chassis.)

Inspiration? Ratcliffe: “I am a great admirer of the old Land Rover Defender and have enormous respect for its off-road capability, and our new 4x4 has been inspired by it. But whilst our off-roader might share its spirit, our new vehicle will be a major improvement on previous models.” Other influences are the Willy’s Jeep and the J40 Toyota Land Cruiser.

What else? There are three key things they’re emphasizing: Durability. Utility. Capability.

Just thinking: According to the Society of Motor Manufacturers and Traders (SMMT) car production in the UK was down 18.9% through July compared to the first seven months in 2018 and commercial vehicle production was down 18.1%. So a new British OEM may have a challenging go of it, although Brexit ought to be worked out by 2021.

That said, it is absolutely interesting that INEOS Automotive is going for a highly functional vehicle in an age where essential operational attributes are being overshadowed by the availability of CarPlay or engines with horsepower ratings that will never be used on public roads.

Odds are that the Grenadier will have a price tag that is going to make it affordable to gentleman farmers (as well as an array of adventurers who regale one another with stories in a well-appointed club as they sip brandy), which will mean that this is going to be one of many vehicles parked in the forecourt.