The Mall of America has 12,287 parking spaces, which are based in two seven-story ramps and two surface lots.

Which is important only for context (unless you’re planning to do some serious shopping, as there are more than 520 stores there, and if you’re going there by car, you might want to avail yourself of a spot in one of those decks because it gets cold in that part of the world: Friday’s high temp is predicted to be 6).

And the context is this:

Which means that if every single one of them was marked at MoA, there would be 9,216 spaces left over.

The smart brand has been available in the U.S. for 10 years.

It is nothing if not plucky. 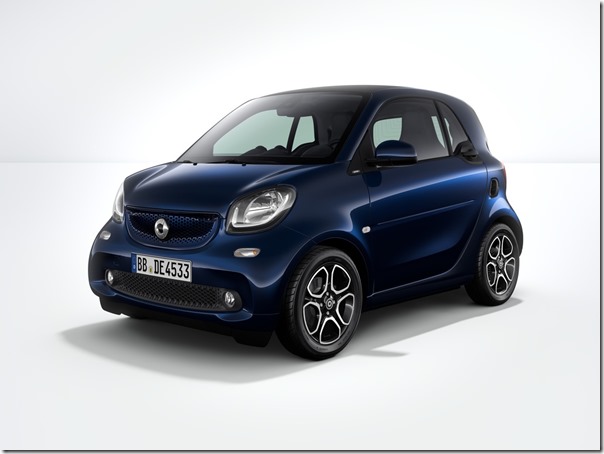 To celebrate its 10th anniversary (which is historically marked with a gift of tin or aluminum), the company is offering a special-edition 2018 smart Anniversary Edition fortwo.

The car will be introduced at the North American International Auto Show in Detroit next week.

All of that makes this 2018 smart special.

But in one way it is the same as all smarts on offer in the U.S. from here on:

It is an electric vehicle.

The maximum range for the coupe is 58 miles. (That is not a typo.)