If the Initial Quality Study (IQS) is about issues customers have after three months of ownership, the Automotive Performance, Execution and Layout (APEAL) study is about what they like. Really like
#Dodge #BMW #Apple 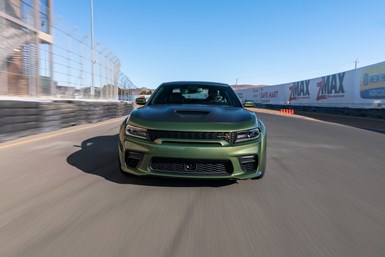 Here’s a fun fact: According to Dave Sargent, vice president of automotive quality at J.D. Power, 87,282 respondents to the APEAL survey are the same ones that answered the IQS survey. What’s more, the surveys are consecutive: first they fill out IQS, then move on to APEAL.

The brand that took the premium honors in APEAL? Porsche.

It isn’t the case that a company taking the top of IQS will take APEAL. In IQS there is no separation of brands into mass and premium. Every brand for itself.*

But there are two things that are similar between Dodge and Porsche, which Sargent said helped both brands in the APEAL ratings (know that APEAL is more subjective and impressionistic than IQS, as in “I like the way this vehicle makes me feel” vs. “I can’t figure out how to turn off the HVAC system!”, which is more of a factual circumstance).

Sargent said that Dodge and Porsche both are niche players versus, say, Chevrolet and Mercedes, both which have broad lineups.

A lesson: If you serve a specific segment well, you can be rewarded by your customers.

Sargent said that many companies realize that they are unlikely to achieve the top-ranking on APEAL because of their breadth of offerings. For those companies, “The goal is to sell lots of vehicles profitably.”

(So why would they be interested in the APEAL results if they are not likely to win? Because, Sargent said, J.D. Power provides rather granular information to the OEMs about specific products in their segments so the OEMs can see what the customers rank highly or not.) Another thing that he said makes a difference is the newness of the lineup: Newer vehicles perform better than those that have been in the market for a while because the new vehicles have things like Apple CarPlay, for example (which is popular with consumers according to the study), which older vehicles probably don’t.

“Owners can look past the fact that they’re having a lot of problems with their vehicles,” Sargent said of Tesla. Remember: the IQS and APEAL surveys are filled out by the same people. “If they didn’t have those problems, they’d love them even more.”

Which should be concerning to the Tesla competitors—like Porsche, with the Taycan.

*It is worth pointing out, though, that eight models that were #1 in APEAL segments also achieved the #1 ranking in their respective IQS categories: Audi A3, BMW X6, Cadillac CT6, Genesis G70, Hyundai Veloster, Jaguar E-Pace, Nissan Armada and Nissan Maxima.