This marks the 75th anniversary of what is the world’s most well-known, go-anywhere, do-anything vehicle brand, Jeep.
#Jeep #oem

This marks the 75th anniversary of what is the world’s most well-known, go-anywhere, do-anything vehicle brand, Jeep. 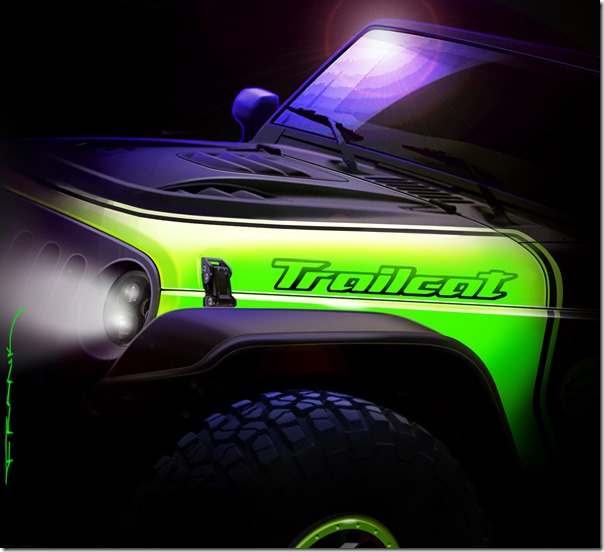 In my experience, Jeep owners—especially those who have taken the ethos of “ain’t no mountain high enough, ain’t no valley low enough” to thwart their Jeeps—are an owner cadre unlike that of any other vehicle.

So it is not entirely surprising to learn that this year marks the 50th annual Easter Jeep Safari, which will be run in Moab, Utah, March 19 to 27.

Think about that: Jeep owners have been crawling over, around, under, and otherwise rocks that would put ordinary people in a puddle of tears for 50 years!

Later this week Jeep and Mopar will be showing off seven concept vehicles that they’ve developed to participate in the Easter Jeep Safari, the Jeep Wrangler “Trailcat” concept (above) from Frank Dionisopoulos and the Jeep “Crew Chief” from Chris Piscitelli (below). 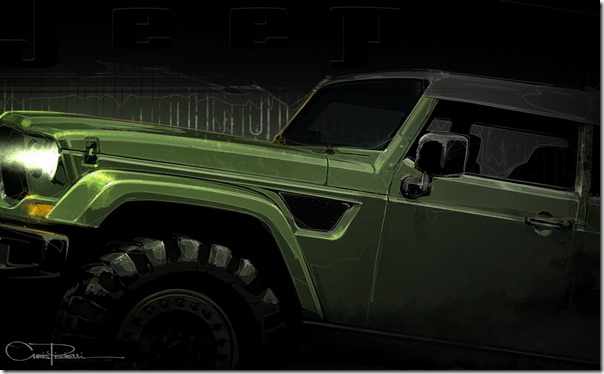 When you see those spare tire covers on the backs of Wranglers that say “It’s a Jeep Thing,” know that that’s precisely what it is and the rest of us only have the slightest idea of what that thing is.