According to Tim Kuniskis, Head of Jeep Brand-North America, Jeep is the most-recognized vehicle on the planet, and while he is probably more than somewhat biased in this assessment, he is also probably right. And one might further make the argument that among all of the vehicles on the planet, there is probably none that has a more zealous, committed and driven owner base than those who have Jeeps. Over the past few years the Jeep lineup has grown, now encompassing five models, the Cherokee, Compass, Grand Cherokee, Renegade, and, of course, Wrangler. And while there will be new sales numbers coming out later today, it is worth noting that from January through October, Jeep sales in the U.S. were up 19 percent compared to the same period in 2017—and the total number is 818,994 Jeeps, so it isn’t like this is some small number that get a boost by adding a few hundred to it. Wrangler had set its all-time sales record in 2015, with 202,226 vehicles sold in the U.S. That number was eclipsed, with the first 10 months of 2018 seeing 204,269 Wranglers rolling off of dealer lots. 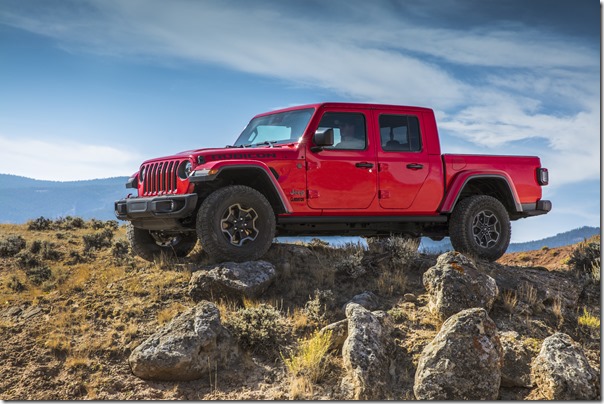 And at the LA Auto Show last week Jeep announced that it is bringing “the most capable midsize truck ever” to the market, the 2020 Jeep Gladiator. Yes, it is a real pickup with a five-foot steel box that is capable of handling 1,600 pounds (although this mass is likely to be things like trail bikes rather than gravel). It has a towing capacity of 7,650 pounds, which is likely to be a camper or a boat rather than a piece of landscaping equipment.

And yes, it is a real Jeep, with all models (there are Sport, Overland and Rubicon) being equipped with 4x4 systems (there is standard Command-Trac for the Sport and Overland; Rock-Trac standard for the Rubicon). The doors can be readily removed (they’re aluminum) and the windshield can be folded down. There are body-colored sport bars welded to the body because you just might need them given where the Gladiator can go (which is pretty much anywhere). 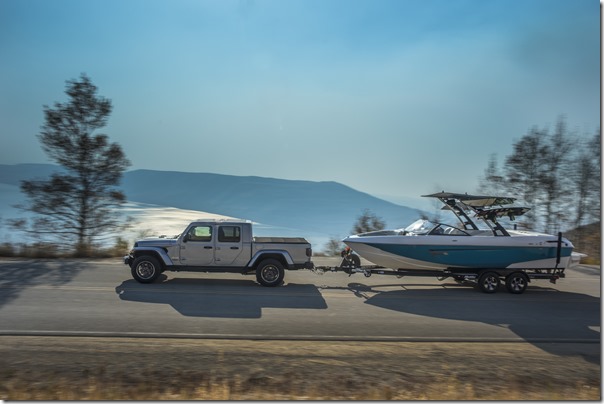 To learn what’s behind the 2020 Jeep Gladiator, John McElroy of “Autoline” and I sat down with Mark Allen, head of Jeep Design (a position that he’s held since 2009), and Scott Tallon, director of Jeep Marketing, at the LA Show. (Some of you may recall that McElroy and I sat down with Allen and Tallon last year at the LA Show, during which time we discussed the then-introduced Wrangler.) 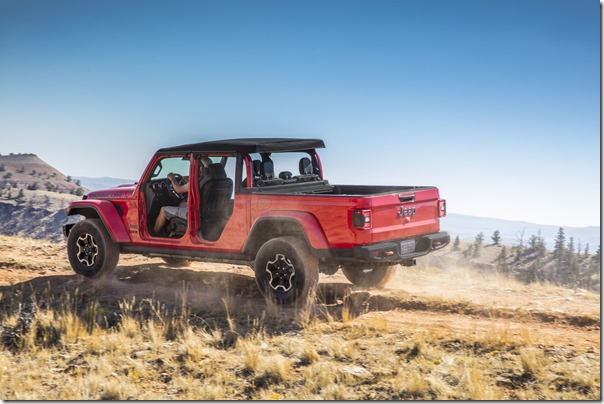 If you’re at all interested at what is certainly one of—if not the—most important vehicles that was unveiled in LA, a vehicle that is going to be available in Q2 2019, then you’re going to want to watch this edition of “Autoline After Hours.”

In addition to which, McElroy and I talk with Lauren Fix, The Car Coach and president of NACTOY, and Eric Noble, who is on staff at ArtCenter and the founder of the CARLAB automotive consultancy. The four of us discuss a variety of subjects related to what we saw at the LA Show and overall industry trends.