JLR and Owning the Steering Wheel

Jaguar Land Rover (JLR) posits that in the future people will be calling on various vehicles to take them where they need to go. It is unlikely that people will actually own the multiplicity of vehicles (which is not to say that the two-car garage will necessarily go away).

But JLR thinks that there could be some personalization that goes along with the vehicles. 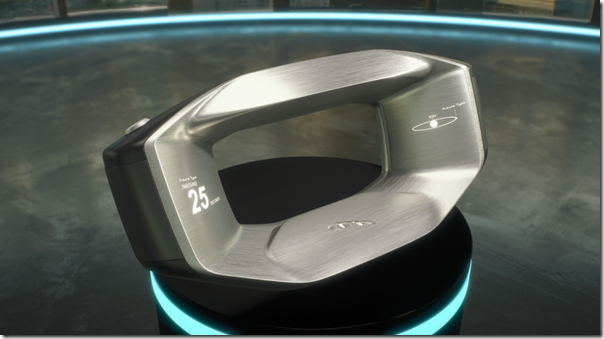 Think of this as Alexa that travels around with one.

According to JLR, Sayer “could be the only part of the vehicle a consumer owns.”

The concept, which was shown at the Tech Fest at Central Saint Martins art, design and technology college in London, would be a voice-activated artificial-intelligence-based steering wheel that would allow the user to do perform various tasks in the home, then function as a steering wheel when one’s car arrives. And it could be that the type of vehicle that one gets is decided for one by Sayer, depending on the trip’s parameters.

At the very least, it is a good-looking device.

But we’d expect that from JLR.