He’s not one of those guys who hits it big and decides he needs a fast car. As he says on this “Autoline After Hours,” when he was a kid he talked his parents into buying a Pontiac GTO
#Dodge #Chevrolet #Audi

Hall & Oates have sold some 40-million records. They’ve been included into the Rock and Roll Hall of Fame. They’ve created music that resonates with multiple generations (just try to get “Kiss on My List” or “I Can’t Go for That (No Can Do)” out of your head right now—just try).

But did you know that early in the duo’s career, when they were running up and down the east coast hustling for gigs, they drove in a Volvo PV544?

Or that after that car they drove in a Pontiac GTO that John Oates’ parents had owned, as he had convinced them that it was really a family car because he liked—and likes—fast cars? (“The bass player always had to sit in the middle in the back seat,” Oates says.) 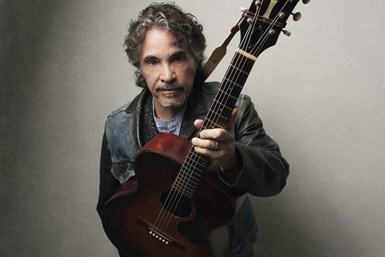 John Oates says that cars are to be driven and guitars are to be played. And he does both superbly well. (Image: johnoates.com)

When asked on this edition of “Autoline After Hours” about when his love of cars started—before or after he hit it big—John Oates—and yes, you read that right, John Oates is on “After Hours”—says that there is something about musicians and cars: He lives in Nashville now and sees musicians who have evidently made it as they’ll be driving along in a Bugatti.

But in his case, it was always something that he’s had a deep affection for.

The car he learned to drive in was a 1964 Renault Dauphine, and he recalls that he and his pals, who were living in a town in the outskirts of Philadelphia, drove to the next town in the Dauphine—in reverse.

With time, Oates became serious about driving to the extent that he went to the Bertil Roos Racing School and obtained a SCCA license. He went to driving school at Brands Hatch in England (there is something to be said for going out on an international tour). He competitively drove a number of vehicles—from go-karts to a Porsche 924 GTR.

Hall & Oates got a sponsorship—he says they were one of the first bands to get corporate backing—from Pontiac in the mid-80s, with the Fiero being a part of the promotion for the “Big Bam Boom” tour. 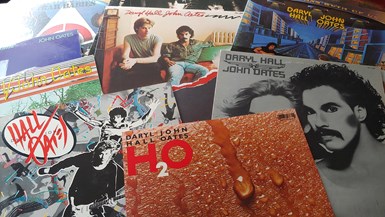 Oates says that that association led to the opportunity to drive a Fiero in some IMSA races, including one at Road America where he had an accident that led him to decide to give up racing.

Racing. Not driving. He still does it. And likes it. And with the vast array of vehicles that he’s had, that is completely understandable.

On the show, Oates talks with “Autoline’s” John McElroy, Jeff Sabatini, executive editor of Sports Car Market, and me about subject both musical (where do songs come from?) to vehicles he has owned (he has a house on a dirt road in Colorado, and when he moved there Danny Sullivan pointed out that he was going to need something to drive that can deal with those conditions, so he bought a Dodge Dakota, which was followed by Tacomas and Tundras—yes, John Oates drives pickups, too, although his daily driver in Nashville is an Audi RS 4 Sportback, which he says provides the kind of horsepower he’s interested in (>400 hp), as well as good cargo room through the back to carry his gear).

He talks about vehicles he’s purchased (while on tour they were going through Toledo, Ohio, and he spotted a 1955 Chevy Bel Air convertible in a showroom—turquoise and white—that he had to get) and provides extensive detail on the 1960 Porsche 356 that was built for him by Rod Emory.

There is much, much more.

Even those who are more interested in music than cars will find this show special. For example, John Oates says that he was surprised to learn how big Hall & Oates are in Russia. Where else are you going to find out stuff like that?