There are a lot of good people in the auto industry. But some are really good. Nice, solid individuals. People who seem to have the ability to make those with whom they work do even better than their highest expectations. And because they have talent and ability, as well, what they facilitate goes above and beyond the norm. In addition to which, there is that rare individual who is, simply, nice.

Ed Welburn is one of those people. One of those rare few. He’s been the head of GM Design North America since 2003, and he was named vice president of GM Global Design in 2005—a position that didn’t exist until he was assigned to it. 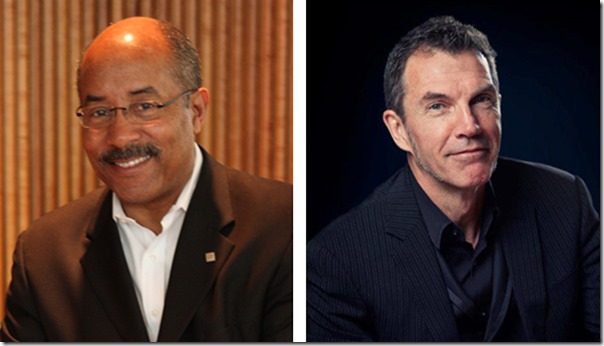 And while we’re on the subject of rarity, know that Ed Welburn is just the sixth person to head up GM Design.

His successor is Michael Simcoe, who will become the seventh on May 1. Ed Welburn will stay until July 1, helping make sure the transition is smooth.

Simcoe is Australian and a hell of a guy in his own right. For the past several years he’s been embedded in GM Asia Pacific and International Design operations. He began his career, not surprisingly, at Holden (for which he is the brand champion). Simcoe had stints in the U.S., too, when he served as executive director of North American Exterior Design.

Over the years, I’ve had the honor of meeting lots of people in this industry. And I can say that while I didn’t know Ed Welburn particularly well, on the several occasions that I talked with him I always found him to be thoughtful, engaging and absolutely passionate about what he and his team were doing.

And he always emphasized that it was a team effort, not a “me” effort.

On a consistent basis over the past several years, regardless of which of the studios the designs emerged from, GM designs have been first class. Where they might have once provoked a nod, there is hardly a car, crossover, SUV, or truck that has been developed during the Welburn era that hasn’t demanded a double-take.

And Simcoe, who worked on projects for Holden, Chevy, Cadillac, GMC, and Buick will undoubtedly continue the nurturing and creation of design excellence at GM.