“The interior of every automobile will become hugely more important in the future, evolving into the ‘third place,’ alongside the ‘home,’ and the ‘office.’”
#Honda #MercedesBenz #Maybach

Immanuel Kant’s Critique of Pure Reason is often cited as being one of the most-difficult books to comprehend in all of Western Philosophy; although Gorden Wagener studied at the University of Essen (Industrial Design) and the Royal College of Art in London (Transportation Design), it is almost as though Wagener went back in time to the 18th century and studied with Kant at the University of Königsberg, given the difficulty of discerning exactly what the man, who is now the Chief Design Officer of Daimler AG, Mercedes-Benz Cars, Vans & Daimler Trucks means in answers that he gave during an interview conducted for Daimler. 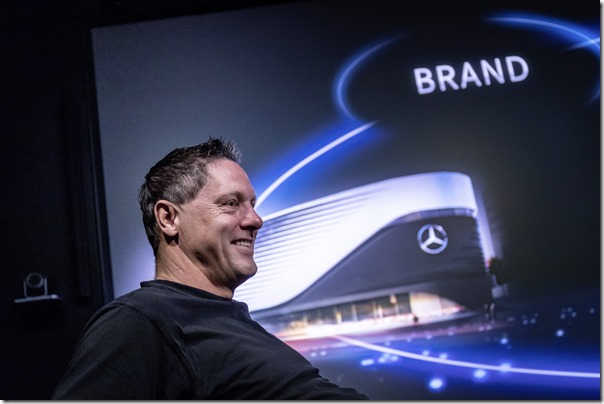 For example, when asked about the amount of design that’s necessary for customers (which is an odd question in itself: isn’t the amount of design something that can’t be quantified in a product?), Wagener answered, “For us, design is above all the visual and haptic manifestation of the brands and their values. Design is, as it were, an expression of a brand's soul, our inspirations and the feedback from our customers. The goal of our work is to create a consistent, recognizable identity and a distinct brand world – wherever customers and the public come across our company, its brands and products – be it in their vehicle, at a retailer or online. So design is correct and important wherever it helps customers to experience our brands. Here, we are cooperating closely with our colleagues in marketing and communications and investing lots of time and effort in this task.”

Then there is a question about creating a brand aesthetic for each of the four vehicle brands (Mercedes-Benz, Mercedes-Maybach, Mercedes-AMG, and EQ):

“To make complex things simple, you first need multi-layered thought processes and ways of working, which are then reduced to simple messages and impressions. And, of course, a highly motivated and well-trained team that sees things from the customer's perspective. In a dialogue with our marketing colleagues, we have analyzed the DNA of each of the brands: Where is the brand coming from? What are its defining attributes? What design features are characteristic? What do customers value about it? On this basis, we have defined an unmistakable aesthetic for each of our brands. In this way, we create integrated experiences spanning the brand, the product and the digital world. Thus, Mercedes-Benz stands for a modern luxury, and Mercedes-Maybach for the ultimate in luxury. Mercedes-AMG impresses with performance luxury, while EQ points the way to the future with progressive luxury.”

While the questions he enumerates are certainly valuable in making a determination of what’s valued by the customer in a brand, it almost seems as though the notion of “integrated experiences spanning the brand, the product and the digital world” almost seems to overlook what is fundamental to the business: the vehicles themselves. But maybe that’s just too simple.

Then Wagener is queried about the “dominant design trend in the near future,” and provides an answer which is possibly the most clear compared with others, but seems somewhat exaggerated vis-à-vis almost any recently introduced vehicle on the road today:

“The interior of every automobile will become hugely more important in future, evolving into the ‘third place,’ alongside the ‘home,’ and the ‘office.’ Once again, the A-Class is the best example: we have created a unique new interior architecture, above all by means of an avant-garde design of the dashboard. For the first time, a cowl above the cockpit has been totally dispensed with. This gives rise to a unique, unprecedented feeling of space that exudes a feel-good atmosphere and enchants the occupants. The A-Class embodies what we call Interior 2.0.”

Actually, Wagener’s notion of a third space is one space too few because that space is already taken by Starbucks, and has been for nearly two decades. Howard Schultz, who established Starbucks, is quoted from 2001:

“At home, you’re part of a family. At work you’re part of a company. And somewhere in between there’s a place where you can sit back and be yourself. That’s what a Starbucks store is to many of its customers — a kind of ‘third place’ where they can escape, reflect, read, chat or listen.”

Perhaps when you drive your A-Class through a Starbucks drive-through it can be considered the third place.

And about that A-Class interior: While it appears nice, somehow it doesn’t seem all that avant-garde in the context of other recently launched vehicles.

That is, here’s the A-Class: 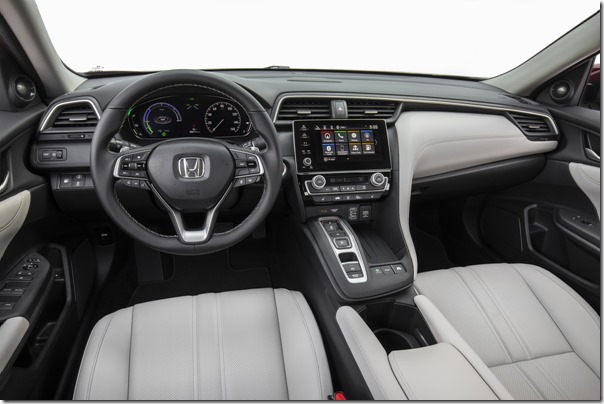 Yes, one has more of a circular approach and the other rectangular, but somehow that A-Class doesn’t seem to have changed the interior zeitgeist in any visible way.

Finally, here’s a quiz. Who wrote this: Kant or Wagener:

“In order to prevent any misunderstanding, it will be requisite, in the first place, to recapitulate, as clearly as possible, what our opinion is with respect to the fundamental nature of our sensuous cognition in general. We have intended, then, to say that all our intuition is nothing but the representation of phenomena; that the things which we intuit, are not in themselves the same as our representations of them in intuition, nor are their relations in themselves so constituted as they appear to us; and that if we take away the subject, or even only the subjective constitution of our senses in general, then not only the nature and relations of objects in space and time, but even space and time themselves disappear; and that these, as phenomena, cannot exist in themselves, but only in us.”

(Kant’s opening to the section “General Remarks on the Transcendental Aesthetic” in the Critique, though you’ve got to admit that it is a tough call.)