Although the KonMari Method created by Marie Kondo has become phenomenally successful and equally useful, odds are it show up more in the context of dresser drawers and cabinets and closets than it does elsewhere.

But apparently it has applicability in packing one’s trunk or storage area, as well. The SEAT engineering team has worked with the method in determining tips for loading a vehicle prior to a trip. 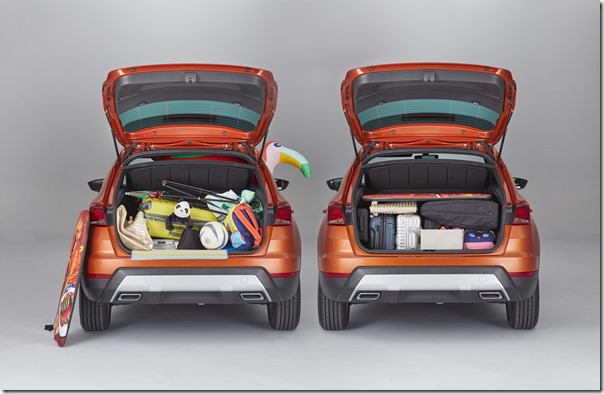 Not surprisingly, the first recommendation is to take what you need and only that, so a list is in order. Then once the list is made and the objects to be taken are assembled, then it is a matter of organizing things based on types and use. According to Lau, “Sorting groups of items into categories such as clothing, accessories, children’s toys or first-aid kit enables us to take on the challenge step-by-step more easily.”

Then it gets to the method that more people are familiar with: the rolling of clothing and placing it vertically within suitcases. This, Lau says, requires less space and the final organization creates “a relaxing visual effect.”

At this point you might be wondering why this is on this site and not on Pintrest.

According to SEAT engineer Jordi Mora, “When we begin planning a model, our priority is to design the highest loading capacity to take advantage of every nook and cranny.” Vertically oriented or otherwise.

Then there is something to consider when packing items in a trunk. Yes, it is Kondoesque to put the things you need to take out first in the front, and that it is a good idea to have luggage with handles upright.

But according to SEAT Passive Safety engineer Javier Delgado, there is more to consider. He point out: “If we don’t place things correctly or securely, a slam on the brakes or a sudden maneuver could cause them to shift or fly forward and jeopardize safety. When driving at 100 km/h, if we brake suddenly a package weighing 30 kg turns into a 90 kg projectile, multiplying its weight by three.”

Which, at the very least, would have a consequence on all of your nicely rolled items.