Today in the United States it is Labor Day. This is the 123rd time the national holiday has been celebrated. To be sure, people have been laboring in this country—as well as everywhere else—for a whole lot longer. 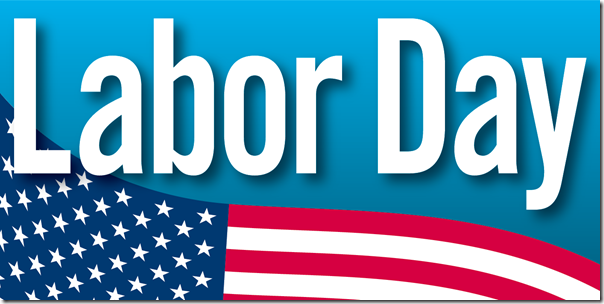 But for most of us, Labor Day is a day during which we don’t labor. So this will be short. And graphic designer Chris Bidlack did a quick bit of work to create the accompanying graphic for us.

We appreciate his labor, too.