While it isn’t clear what the price of the e-bikes that Automobili Lamborghini will start selling in May is, odds are good that they’ll be more affordable than the least expensive Lambo, which starts at about $200,000.

These bikes are being developed in partnership with Italtechnology, and are said to be the result of over five years of development and which has led to four international patents. 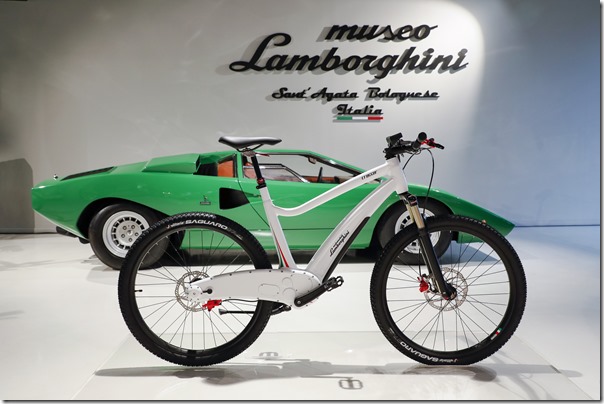 There are going to be two types of the Italian-built bikes: one that is oriented toward mountain biking and the other road riding.

While there is an increasing array of manufacturers that have bicycles on offer—car companies as well as, well, bicycle companies—but these bikes have something that no other company can offer:

There is an “Ad Personam” program that allows the buyer to specify a paint color that is otherwise only available on a four-wheel Lambo.