Gruppo Mastrotto, a large supplier of cowhide products for a variety of industries including automotive, has announced the development of a propriety technology that it said eliminates 99.9% of the viruses and bacteria that might be found on leather. 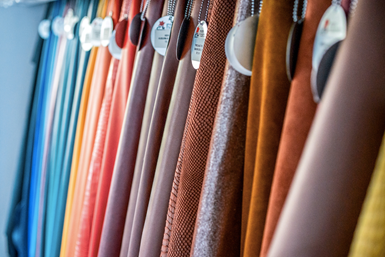 In addition to which, it acts as a surface barrier that “prevents the replication of pathogens that may come into contact with the leather.”

Meaning that it maintains its capability after several uses, though the company didn’t say how long the surface barrier lasts.

Chiara Mastrotto, president of Gruppo Mastrotto, said, “This fundamental innovation, designed and developed entirely within the company, represents for us the culmination of significant efforts and investments made in the Research and Development field.”

Presumably the people who work in the company’s labs have been previously been working on colors and surface treatments more than on health-related concerns.

Although antiviral leather has an immediate application due to COVID-19, it is worth noting that one of the considerations that interior designers have had over the past few years is designing interiors for shared vehicles that are not only easy to clean of dirt and debris, but that would have the antiviral and antibacterial properties that Gruppo Mastrotto said it has developed to treat leather.

This treatment will undoubtedly have applicability from this point going forward for both shared vehicles as well as those individually owned.