Limited-edition sport sedan coming this summer to a dealer near you. And there will be just 200 built.
#Lexus #Carbon #HP

The Lexus GS sport sedan is not for everyone. In point of fact, last year there were just 3,378 of the vehicles delivered in the U.S.

However, the car, which includes a 311-hp V6 and is available as either AWD or RWD, does have loads of curb appeal (and let’s face it: as a sedan, some utility compared to a coupe—go fast and bring along a couple of friends). 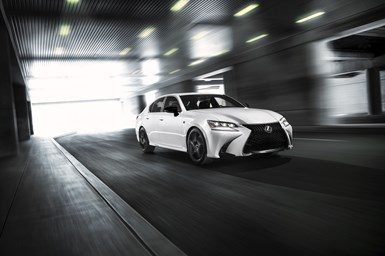 And Lexus has decided that come this summer, when people—we all hope—are not only able to go out and buy a new vehicle, but able to take it out and drive it here, there and everywhere, there will be a special version of the GS: The F SPORT variant is available now for the GS; it provides modifications inside and out, as well as track-oriented chassis tuning.

The Black Line brings an array of visual changes. As in:

What we don’t know: What it will cost. Pricing will be announced closer to this summer’s launch.

At least it is something to look forward to.