One of the things that the Evora 400 offers in the U.S./Canada market as standard and that is now being offered as an option in the European Union and Asia is a cupholder and tray. For those who are weight sensitive, know that it adds 0.25 pounds to the mass of the vehicle. And for those who are really weight sensitive, Lotus is offering a variety of other options for the Evora 400.

Like the Carbon Pack. This includes a front splitter, a roof panel, rear wing center, rear diffuser finisher, front access panel, and wing mirror caps, all hand-made from the composite material. Using these parts instead of the standard offerings reduces vehicle mass by 11 pounds.

Well, there is a titanium sports exhaust that will cut 22 pounds, as well as a lithium-ion battery that also reduces mass by 22 pounds.

Not enough? Then there is a deletion of the air conditioning system and 2 + 0 seating instead of 2 + 2 seating.

All in, Lotus says that the mass of the Evora 400 can be reduced by 93 pounds.

But what about the cost?

However, the air conditioning delete and the 2 + 0 seating is at no cost. 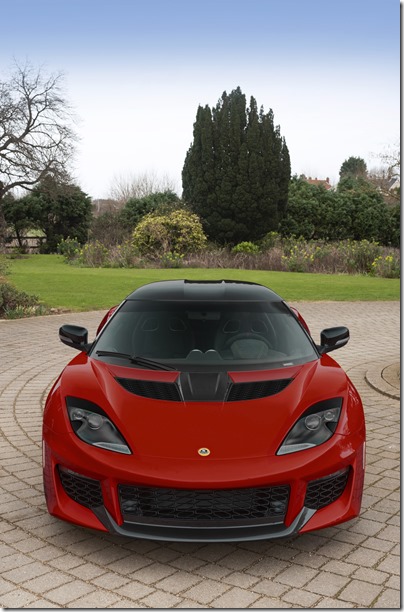