Lincoln is making another move to help differentiate its products in the luxury market, this time for the forthcoming 2017 Continental sedan, taking a cue from a successful technical implementation first used on its MKC crossover.
#Dodge #Lincoln #Continental

Lincoln is making another move to help differentiate its products in the luxury market, this time for the forthcoming 2017 Continental sedan, taking a cue from a successful technical implementation first used on its MKC crossover.

It is deploying what it is calling “Approach Detection” technology, something that you can only appreciate at night, as it is a subtle lightshow, not something of Fillmore West proportions. 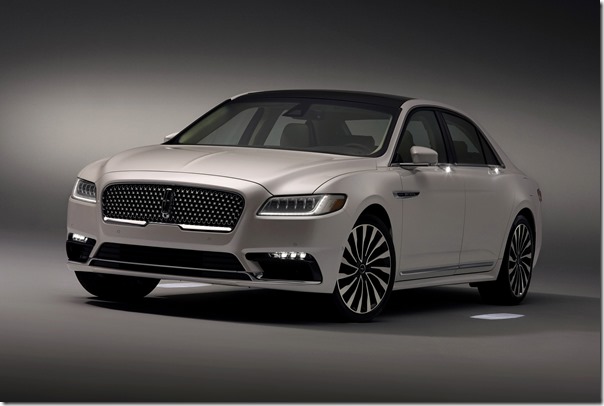 Get close to the Continental—about eight feet—with the keyfob on your person and, assuming that it is ambiently dark, the show begins. LED lights on the exterior glow, guiding your approach. There are so-called “puddle lights” that project from the bottoms of the side-view mirrors, creating a Bat signal on the pavement outside of the driver’s and front passenger’s, but in the shape of the Lincoln mark. The objective is to provide the ability to see whether there is, well, a puddle outside the door, which you wouldn’t want to step in. Then the area around the door handles illuminate the handles, with the hue being predicated by the color of the vehicle. As you have dodged the puddle, now you can see where the door handles are. 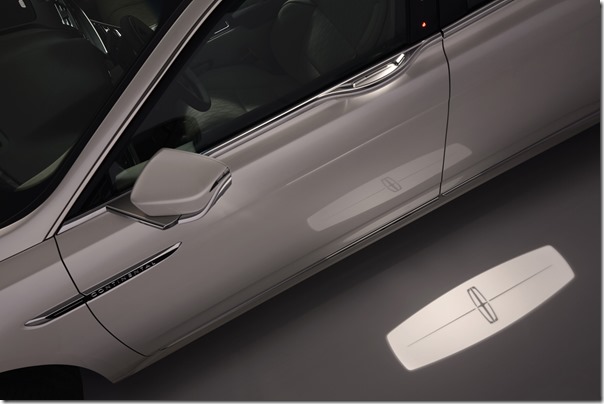 Having gotten into your Continental, then there are interior lights illuminated, softly, softly. The start button pulses, indicating that it is ready to be depressed, but you won’t be, it is hoped, given the greeting that the Continental has conveyed with the lights.

“This is a subtle touch that reinforces our commitment to give every Lincoln client what we call ‘quiet luxury’—vehicles and experiences that are elegant, effortlessly powerful and serene,” said Solomon Song, Lincoln exterior design manager. Certainly in the luxury space, where there are often exaggerated gestures, simple touches are all the nicer and more appreciated by those who have made the investment.