Right now, notes Jeff Schuster, president, Global Forecasting, LMC Automotive, auto plants in the U.S. are back in production. For weeks turned months the equipment was idle and the parking lots empty. Now with temperature checks at the door and plexiglass between stations production is commencing. By the calculation of LMC, there was a loss of some 2.8-million vehicles as a result of the shutdowns. 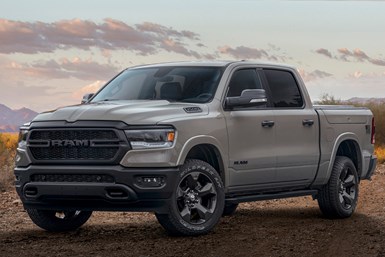 Some segments are struggling, but light-duty pickups are still hot. (Image: Ram)

But Schuster suggests that there seems to be some traction being achieved, and the LMC estimate for U.S. production in 2020 will be about 21% lower than it had been in 2019, or off by 3.4-million units.

On a global basis, Schuster says on this edition of “Autoline After Hours,” the production loss is going to be on the order of 20 million vehicles.

While there is, and will be, assuming that the virus is brought under control, continued recovery, Schuster says that domestically (and globally), the auto industry is going to be in a reduced output and sales mode. He describes the current situation as being “fluid,” requiring a number of adjustments when it comes to forecasting numbers. He says that while they had anticipated pre-COVID-19 that there would be a fall-off in U.S. sales numbers for 2020, and a couple of years of comparative weakness, the pandemic has changed that expectation in a big way. He suggests that we may be looking at less-than-robust numbers for about the next five years in the industry.

What the recovery may look like. (Image: LMC Automotive)

Schuster talks about the automotive landscape with “Autoline’s” John McElroy, Joe White of Reuters and me.

According to Schuster, many of the OEMs went into the COVID-19 crisis with low inventories, which, obviously, have been made all the lower. So a hot segment like pickup trucks is one where there is actually a dearth of product.

However, Schuster says that there will undoubtedly be some sort of reckoning among automotive executives as they look across their portfolios and determine what vehicles are providing a return. . .and which may not be financially pulling their weight. He suggests that there may be the elimination of models and conceivably an elimination of even more in the months ahead.

“Events like this that are a shock to the system can lead to change,” Schuster says.

Also discussed on the show are the panel’s reactions to some things that GM head Mary Barra said earlier in the week to a briefing to the “Automotive Press Association.” Schuster, McElroy, White, and I talk about her view of the market going forward (“I think a lot of it depends on how the country manages containing the virus and safety protocols”); her views of electric vehicles (“I think we have a steady drumbeat of EVs coming across segments to appeal to a variety of customers”); whether a “Cash-for-Clunkers” program might be needed (“I think we’re still seeing how the market is coming back, but our one input has been if anything is going to be done that it be simply, directly at the customer to allow it to have its maximum impact”), and more. 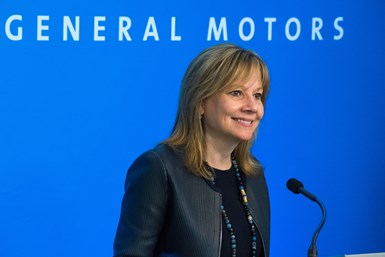 In addition to which, we discuss other topics including the reported quality problems of the Tesla Model Y, Ford’s new Co-Pilot360 2.0 with Active Drive Assist and a whole lot more.

And you can see it all on this week's episode of Autoline After Hours.