There’s bad news. But it very well seems like it is getting better.
#Ford

Speaking during an LMC Automotive Global Light Vehicle Briefing, Oliver Rakau, chief economist, Oxford Economics, said, that while recessions are typically caused by some sort of policy mistake made by a central bank or some sort of sector imbalance, in the COVID-19 situation, governments are switching off large portions of their economy, then turning them back on. While this, Rakau said, isn’t seamless, it is still easier to restart an economy than to deal with trying to regain balance.

What’s more, he pointed out that central banks have been reacting in a positive manner and he sees that this stimulus is likely to continue into next year.

One concern he has: “an extreme contraction of private consumption.”

Rakau pointed out that there are a lot of economic sectors—primarily those involved in travel, restaurants, services, etc.—are unlikely to recover any time soon.

This means that there is a nontrivial hit to employment and/or wages. This, Rakau said, “will hit discretionary expenditures.” As in houses. And vehicles.

This, he said, will weigh down vehicle sales recovery until the labor market recovers.

Production is one thing. Demand is another.

How Is Production Doing?

And to the point of production, during the LMC event, Justin Cox, Director, Global Production, who monitors manufacturing for LMC, said that there is an expectation of a 20% decline in global production in 2020 compared to 2019, with a total of 70.9 million units. In 2019 the global vehicle production was 88.9 million units.

According to Cox, the capacity utilization rate in the U.S. this year will be approximately 60%, and the rule of thumb is generally that a company needs to be using its factories at a 70% utilization to make money.

“This is a very tough environment that will require very tough choices,” Cox said.

Better Than Expected in U.S.

While the U.S. situation is tough, Jeff Schuster, LMC President, Americas Operation & Global Vehicle Forecasting, said that there was actually some unexpected strength in the retail market in the past couple of months. Yes, he admitted that the retail market was down 20% in May, but that was still stronger than had been predicted. “Fleet is another story,” Schuster said, noting that it was down some 65% or so. 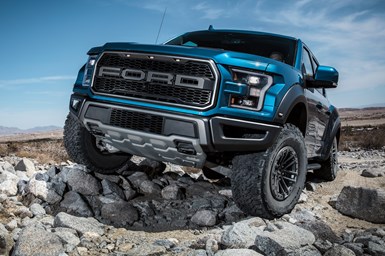 What’s more, Schuster said that there may actually be an inventory problem in the U.S. market as a result of the shutdowns, with approximately 3.2 million units in inventory now, which is about one million fewer vehicles than at the same time last year.

“We will see pickup truck availability problems,” Schuster said, so you can be sure that the OEMs are going to be ramping up production of these vehicles ASAP.

Schuster said that LMC has readjusted its sales projection upward for the U.S. in 2020, up to 13.3 million from the previous 12.9 million. That said, he noted that there is a risk of 900,000 vehicles, which would bring the number down to 12.3 million.

Still, he said that those OEMs who have strength in pickups and SUVs will do better—although there is still a minus sign in front of the projected sales for those vehicles in the U.S. market this year.

This is a ride that none of the global automakers thought they’d be on. Yes, production is ramping up, but it isn’t smooth nor is it at conventional rates.

And that whole demand factor cannot be underestimated, which is why various countries are looking at approaches through which consumers will be incentivized to buy new vehicles.

There is a long way to go. But it seems that the ride may be less bumpy than it has been for the past several weeks.