As president, Americas Operation and Global Vehicle Forecasting, LMC Automotive, Jeff Schuster knows a thing or 200 about the light vehicle market, globally (as his title indicates), but particularly in the U.S., as his office is in Detroit.

Forecasting, of course, is as much of an art as it is a science. Things can change rapidly due to extraneous conditions.

But as Schuster says on this edition of “Autoline After Hours,” when looking back at 2019, when they had predicted the market would be just under 17-million (they take some medium-duty vehicles out of their estimates so the number is slightly lower than those of other organizations), “It was as we had exactly thought.” 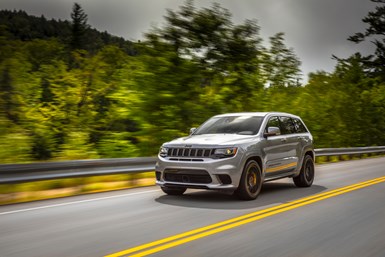 He admits, however, that for the first part of 2019 things were a bit weaker than had been anticipated, but that changed around as the year progressed. There were, he explains, a number of factors contributing to this. One was the continued move on behalf of consumers who were getting out of cars and into SUVs and light trucks. Another was the Federal Reserve’s interest rate cuts. And there were also new technologies like those related to ADAS making their way into vehicles, that customers found to be appealing.

Oh, and there were higher incentives.

Why Some Companies Are Having . . . Issues

Schuster provides some insights on some specific brands that have had some struggles in the market:

But there are companies that are gaining traction, such as Hyundai-Kia, which has been rolling out with a number of new vehicles over the past several months: “Fresh product wins,” Schuster says.

The Strength of SUVs and the Challenge for EVs

And it seems as though SUVs are going to win, too, as Schuster says LMC anticipates that they will represent 50%+ of the U.S. market in 2020, and that “cars”—in the broadest sense of the category—will continue to decline, bottoming at the low 20% within the next few years. 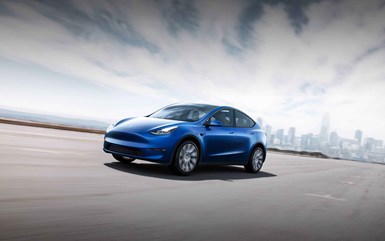 Tesla dominates the EV market in the U.S. now. And when the Model Y joins the lineup. (Image: Tesla)

It wouldn’t be a discussion about the auto industry nowadays without a glance at Tesla. The electric car market, Schuster says, was about 250,000 units in 2019. They expect that it might grow to about 300,000 units in 2020.

Will You Ride in a Driverless Pod?

Also discussed are various other automotive subjects, such as the introduction of the Cruise Origin pod-like autonomous vehicle: what will be the effect on mobility—will people forego car ownership for the opportunity to have shared rides and no driver?

Of course, you can’t have someone like Jeff Schuster on the show without asking him for the LMC Automotive outlook for U.S. vehicle sales in 2020, and so we do.

And while we could simply give you his answer, you should watch the show and see/hear for yourself.

Schuster’s answer about 2020? You can get that right here.