Although there aren’t a huge number of Lotus vehicles rolling around in the U.S.—according to Left-Lane.com, in 2015 Lotus sold 80 cars in the U.S., a number so low that there is not much that puts it into context (e.g., there were 1,009 Lamborghinis sold in the U.S.)—but small numbers is something that the Hethel, U.K.-based sports car manufacturer is working toward—at least when it is comes to lowering the mass of its products. 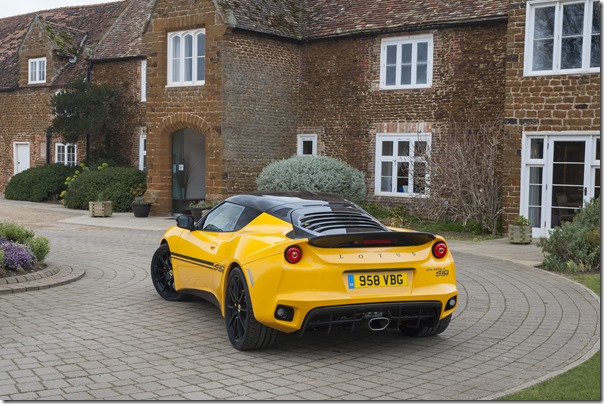 As Jean-Marc Gales, CEO of Group Lotus plc, puts it, “To perfect a pure sports car, you must consider weight your enemy. Lose weight and you will make significant gains: harder and faster cornering, better braking, greater agility and responsiveness, along with faster acceleration.”

To that end, Lotus is making extensive use of materials such as carbon fiber and aluminum.

For example, the chassis for the Elise and Exige, which is made with aluminum extrusions that are adhesively bonded, weighs 68 kg, or, according to Lotus, about half the weight of an equivalent steel chassis. While there would be the opportunity to have a lightweight carbon fiber chassis, apparently the aluminum approach is simpler and can be more readily scaled for producing other models.

One example where carbon fiber is used to great effect is on the Evora Sport 410, which weighs 70 kg less than the Evora 400, in large part due to carbon fiber.

That is, there is a one-piece carbon fiber tailgate, which weighs 10 kg less than the one used on the Evora 400 (and has the added benefit of being one piece rather than the five of the 400). Then 6 kg were cut because the seats are made with the material. 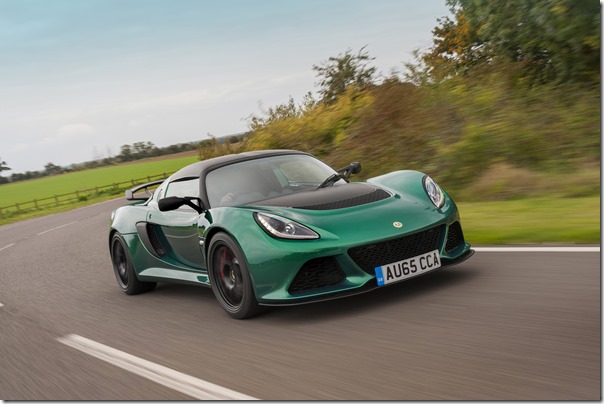 For this car, everything was looked at. They cut 3 kg with the louvered tailgate, 3 kg through a redesigned gearshift mechanism, 3 kg with a revised subframe, and 12 kg by changing body panels.

Then, if optional composite components are deployed, mass can be reduced even more, so the roadster version of the Exige Sport 350 weighs just 1,085 kg.