On Friday (February 12) Bob Lutz will turn 84. And there is no more remarkable 84-year-old that I know of, at least not in this industry, where Lutz continues to work with vigor rarely even achieved by people less than half of his age. Here’s a man with two degrees from UC Berkeley, a Marine, a former executive at GM of Europe, BMW, Ford, Chrysler, Exide, and General Motors. He’s the author of three books. 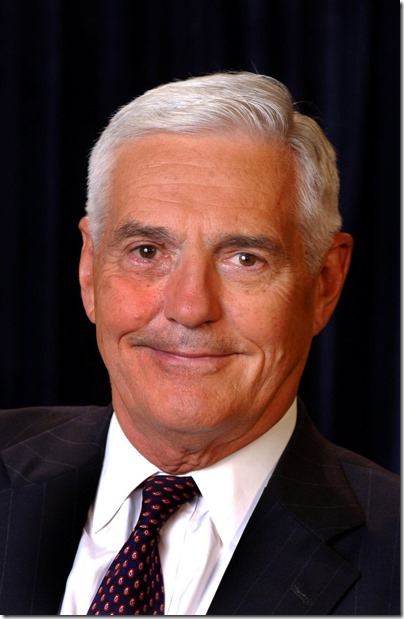 He’s presently the chairman of electrified truck producer VIA Motors. He is the “L” in VFL Automotive (with the “F” standing for Henrik Fisker and the “L” for Gilbert Villereal, with whom Lutz started the Auburn Hills, Michigan-based company).

Not only does Lutz know this industry inside and out, but arguably he’s shaped much of it, with participation in the creation of vehicles ranging from the BMW 3 Series to the Chevy Volt.

VFL Automotive was, up until early in January, VL Automotive. That company was undertaking the creation of the Destino, a car powered by a 6.2-liter Chevy V8, an engine ordinarily found under the hood of a Corvette. The rest of the car was a Fisker Karma, the plug-in hybrid that was developed by Fisker Automotive, which renowned automotive designer established in 2007. And which filed for bankruptcy in 2013. Lutz and his colleagues were removing the powertrain from the Karmas and putting in the Chevy crate engine (as well as a six-speed automatic) and redoing the interiors and exteriors in terms of color and materials. (Fisker Automotive was purchased by Wanxiang Group in 2014 and renamed Karma Automotive in 2015.)

On this edition of “Autoline After Hours” Bob Lutz spends the whole hour with John McElroy, Csaba Csere, contributing editor, Car and Driver, and me.

This is a wide-ranging conversation that not only includes what’s going on at VFL Automotive (they’re prepping a Destino for Carlos Santana), but Lutz discusses why GM managed to turn in such remarkable earnings for 2015 and how the Volkswagen Diesel scandal came to be (if you watch the show for any reason, that’s well worth your while).

When promoting the show Lutz was described as being “Capo dei Capi,” the Boss of Bosses.

Arguably, he is also, to go to the precursor to Italian, Latin, sui generis, in a class of his own.