Another indicator of the way the automotive landscape is changing with new players and new partners came out of Shanghai today, as global supplier Magna International announced that it is forming two new joint ventures with Beijing Electric Vehicle Co. (BJEV), a subsidiary of the state-owned automotive group BAIC, for (1) engineering and (2) manufacturing electric vehicles.

Magna is no stranger to the complete manufacture of vehicles. On June 5, for example, the company announced that the BMW Z4 will go into production at its Magna Steyr facility in Graz, Austria, by the end of the year, making it the fifth nameplate it is manufacturing in the plant.

And it is no stranger to engineering, either, as it offers the global auto industry capabilities ranging from concept design to complete vehicle engineering and integration, with prototyping and low-volume production available, as well.

But in the setup with BJEV, Magna and its partner are taking over a BAIC manufacturing plant in Zhenjiang to produce electric vehicles for the Chinese market. The facility has a production capacity of 180,000 vehicles per year. 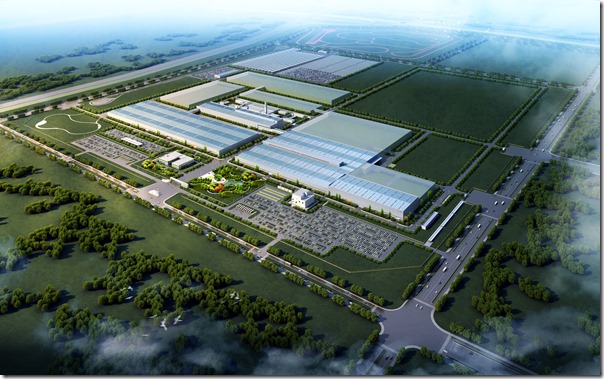 Engineering will also be performed in Zhenjiang, and the joint venture will offer engineering services to other customers.

According to Don Walker, CEO of Magna, “These joint venture operations mark an historic milestone for Magna. For the first time we will be providing our customers with cars engineered and built outside our complete vehicle manufacturing facility in Graz, Austria.

“It's a unique capability for Magna, especially with our ability to produce vehicles with conventional, hybrid and electric powertrains, and we are excited to bring it to a market like China where there is tremendous opportunity.”

What is certainly unique is that here is a supplier that has all of the functional capabilities of an OEM, as well as things that OEMs don’t have (i.e., Magna provides body and chassis components, including castings and stampings; powertrain systems (it owns Getrag, the well-known producer of transmissions); electronics and visions systems; and even seating) that is essentially going to become more than a supplier through the joint venture.

Arguably, the Tier One is becoming an OEM, at least via the joint venture.

Last April Magna announced that it was developing an electric vehicle architecture with BAIC. Presumably this will be used by the joint venture for a suite of electric vehicles.

Although it is clear that the game is changing, what isn’t clear are the other permutations that are likely to occur as the relationships and activities among suppliers and OEMs shift and morph.