Rick Haas has an impressive automotive resume, having held positions at Ford and Tesla and currently as the president and CEO of Mahindra Automotive North America.

While you may not be familiar with Mahindra (yet), know that the India-based Mahindra Group is a $19-billion organization that is involved in the production of products ranging from tractors to steel, from two-wheelers to defense products.

In its home market it has on offer nearly 20 different cars and SUVs.

Mahindra Automotive North America, which was established in 2013, opened a new headquarters and 150,000-square foot manufacturing operations in Auburn Hills, Michigan. (According to Haas, with a pair of binoculars you can see the Mahindra facilities from FCA HQ.)

The initial footprint for MANA was a small technical operation. Haas explains that his small team of designers and engineers started thinking about what they could develop to get an entry into the U.S. automotive market. They came up with the idea of transforming an India-market product, the Jeep-like Thar (Mahindra & Mahindra began building the Willys back in 1947, so its familiarity with the off-road product runs deep) not for on-road use, but as an off-road vehicle. 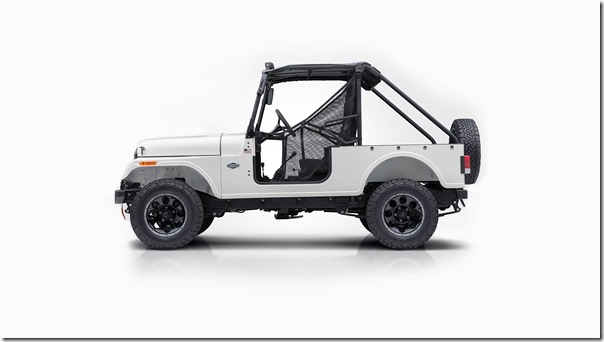 So they set about transforming the Thar to be a vehicle that would compete with products from companies like Polaris, Kubota and John Deere, not the automotive OEMs. They engineered the ROXOR, a two-seater with a 2.5-liter diesel engine and a 4WD system, a vehicle with a roll cage in lieu of a roof and a box steel frame designed to take it.

According to Haas, about 75 percent of the components are shipped to Michigan from India, with the remaining coming from suppliers in the U.S. They have the capacity to build 5,000 ROXORs in a single-shift operation.

How MANA came to exist and how Haas came to Mahindra & Mahindra—after all, Silicon Valley is a long way away from India, where Haas was initially based—is revealed on this edition of “Autoline After Hours,” with Autoline’s John McElroy, Detroit News auto critic Henry Payne, and me.

In addition to which, McElroy, Payne and I discuss a variety of subjects, ranging from the challenges of charging electric vehicles to Ford’s decision to truncate its car offerings in favor of trucks.