So think about it: Audi, Bentley, Lexus. Del Rosso is certainly a man who knows a lot about luxury cars. And now it is with Genesis. 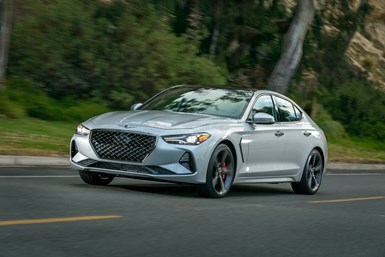 And it is worth considering a thing or two about Genesis, as well.

It is a global luxury brand that was launched in November 2015. Five years old.

Bentley was founded in 1919. The Audi brand came into existence in 1969. Lexus is the youngster, having been established in 1989.

But Genesis is just five. 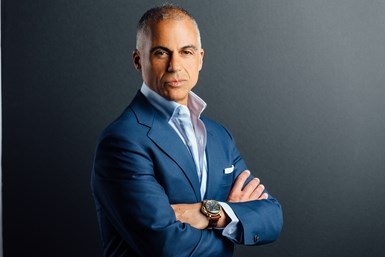 That said, when the J.D. Power 2020 Initial Quality Study (IQS) was released, Genesis was the number-one premium brand.

That was the fourth year in a row.

Genesis was the number-one overall brand in the 2020 J.D. Power Vehicle Dependability Study.

And it is no small feat that Genesis is the only brand in the auto industry with its entire portfolio of vehicles achieving the Top Safety Pick+ rating from the Insurance Institute for Highway Safety (IIHS).

That is quite an impressive suite of accomplishments for a five-year-old brand. 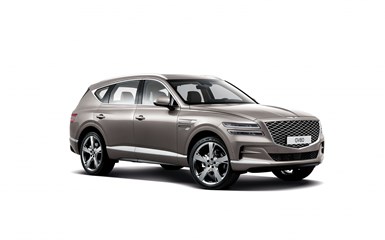 Del Rosso talks about his experience at Genesis on this edition of “Autoline After Hours.” It is a good one, evidently, because more than once he says that when he gets up in the morning it reminds him of Christmas morning, with the excitement one associates with all the presents.

While Genesis at the moment has just sedans (award-winning sedans, such as the G70, named the 2019 NACTOY Car of the Year, for example), there is the GV80, a crossover coming, unfortunately delayed by the more unfortunate global pandemic. And there is more after that.

Del Rosso explains how the Genesis team is dedicated to customer centricity, and there is a clear understanding that there is a demand in the market for crossovers that they’ll be meeting.

What’s more, given that competitors including Audi are offering electric vehicles (EVs) Del Rosso says that they’re aware of the burgeoning number of EVs current or promised (the evening of the day that Del Rosso is talking Cadillac unveiled the Lyriq EV SUV show car), and while he doesn’t identify anything, listening between the lines one gets the sense that if they see the demand, they’ll fill it. (Keep in mind that the parent company of Genesis is the Hyundai Motor Group, and Hyundai brand has in its current lineup two EVs—the Kona and the Ioniq (with the Kona being the 2019 NACTOY Utility of the Year, incidentally)—and a hydrogen-powered vehicle (Nexo).

They know how to do EVs.

Del Rosso talks with “Autoline’s” John McElroy, Keith Naughton of Bloomberg News and me on the show.

In addition to which, post-Del Rosso, the three of us have an extensive discussion on the change at the top of Ford, with Jim Hackett retiring and Jim Farley rising. Naughton covers Ford extensively, and so he has up-close insights into the change, far greater than anyone you’re likely to know, so if you have interest in what happened, why and what the implications are, he’s the man who knows.