Mazda engineers have been working hard through their SKYACTIV Technology initiatives to develop vehicular systems and components that are so efficient that it is possible to achieve the kinds of fuel efficiency (and consequent reduced emissions) necessary to meet regulations without full electrification.

In its latest undertaking, Mazda announced last week that it will be working with ELIIY Power Company and Ube Industries in the development of lithium-ion batteries—not to develop, as you might think, an electric Miata or something, but to create a battery that could replace the traditional 12-volt lead-acid starter battery that is found under the hood of vehicles everywhere. 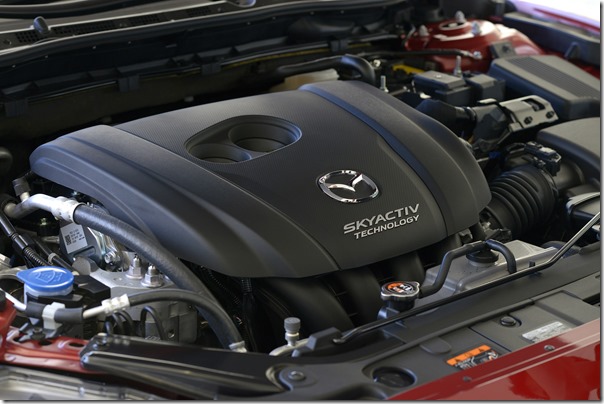 There are several reasons why they’re doing this.

For one, in some regions of the world there are restrictions on the use of lead. Lead is a highly poisonous material (which explains, for example, why it isn’t used in gasoline anymore and why the city of Flint had a poisoned water system).

For another, the there is the issue of the mass of the material, as in the simile: “like a lead weight.”

However, there are issues with the use of lithium-ion batteries in this under-the-hood-of-an-ICE-engine application, including the high heat conditions that exist, as well as potential problems in accidents.

However, the companies are working to address those issues.

Interestingly, the computer-aided modeling that Mazda has developed for creating SKYACTIV technologies, ranging from chassis to body to combustion, are being used to research the chemical reactions that occur in batteries and to develop the means by which the performance of those batteries will be managed.

ELIIY Power presently makes lithium-ion batteries for motorcycles, which it has been supplying since 2016, so it will provide the know-how when it comes to developing and building batteries that are safe, water-proof and impact-resistant, as well as being able to operate in cold-weather conditions.

And Ube Industries brings capabilities in both electrolytes and separators for lithium-ion batteries. It is working on developing an electrolyte with a higher flash point and better heat resistance than is currently available.

The companies have an aggressive timeline for developing this 12-volt lithium-ion starter battery: the plan to have a viable replacement ready for vehicles by 2021.