Mazda and the Pursuit of (Painting) Excellence

Last week Mazda unveiled the forthcoming CX-5, the second generation of the compact crossover that was launched in 2012, the first of the Mazda models to feature both KODO design and SKYACTIV technology. 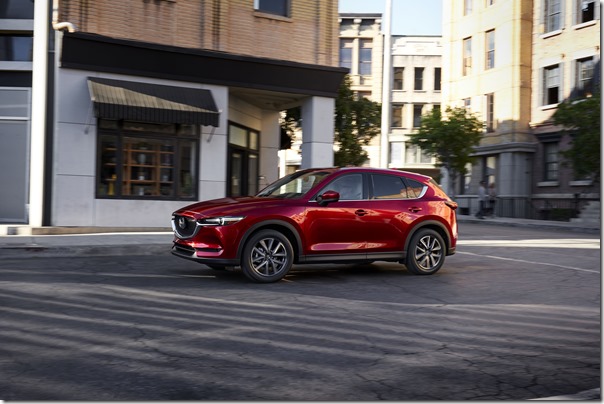 While the vehicle in and of itself is of interest—as is the fact that Mazda is going to be offering a 2.2-liter diesel for the vehicle in the U.S. starting in the second half of next year—for those of a slightly more technical bent, it may come as some interest to know that Mazda developed a specific new paint color for the Mazda CX-5, “Soul Red Crystal.”

Now like the existing “Soul Red,” the new color is based on the Mazda Takuminuri painting technology. There are three layers: clear, translucent and reflective.

For the Soul Red Crystal translucent layer there is a new highly saturated red pigment.

For the reflective coat there are extremely thin, consistently sized aluminum flakes, as well as light-absorbing flakes. This provides a richness that, according to Mazda, would otherwise require two layers of paint, not one. 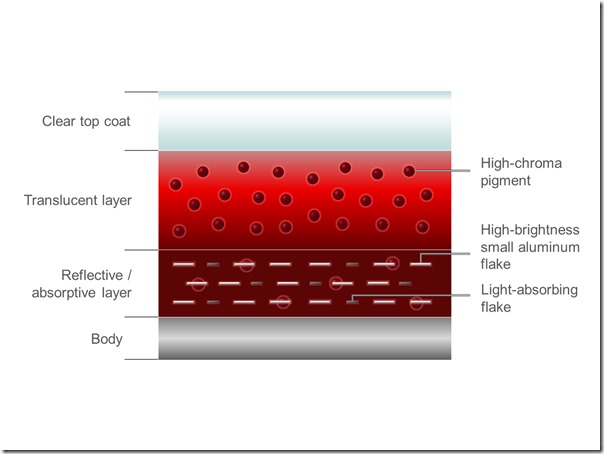 What’s more, they’ve made the paint itself consistent and developed a method to shrink the volume of paint during drying so that there is smooth, even coverage and flake distribution that resembles hand spraying, not mass production.

Arguably, the sheet metal, given its sculpting, would look great without the paint. But this goes to show how positively obsessive the people at Mazda are about getting everything right, right down to the aluminum flakes in the paint.