Mazda delivered 289,370 vehicles last year to customers in the U.S. That’s approximately the same number of Chevy Equinoxes that rolled off of dealer lots (290,458).

That said, whether it is from the points-of-view of styling or ride and handling, Mazda is punching WAY above its weight. Here is a lineup of cars and crossovers that are affordable yet have the sorts of execution and attributes that one would expect coming from a company that was focused exclusively on serving a niche, and having consequent significantly higher price points. 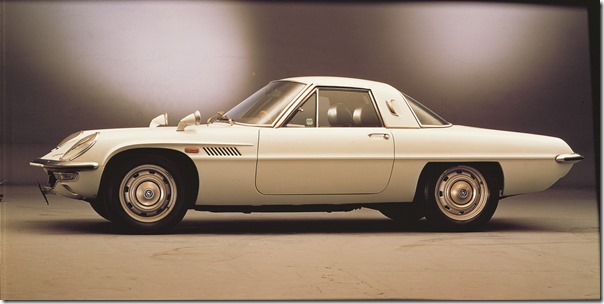 Even though Mazda has become more closely associated with Toyota (e.g., the two have established a joint-venture company, Mazda Toyota Manufacturing U.S.A., and are building a factory in Huntsville, Alabama, that is expected to come on line in 2021), there is something of an independent spirit at Mazda (i.e., Monotsukuri, an approach that includes speed, flexibility and cost-effectiveness in pursuit of beautifully crafted cars) that will undoubtedly remain (and which, arguably, will benefit Toyota to learn from, just as learning the Toyota Production System

Earlier this month Mazda reached a milestone in its history. It produced its 50-millionth vehicle in Japan. The company was established in 1931, when it began manufacturing three-wheel trucks at a plant in Hiroshima. It wasn’t until 1960 that it got into the passenger car market with the R360 coupe, which was a micromini.

It opened another manufacturing complex in 1982, the Hofu Plant in Yamaguchi.