COVID-19 has had an effect on all OEMs, Mazda included, especially during the first half of 2020, with some improvements being shown across the board. However, those companies that are reporting monthly figures are by and large in the down 20% vicinity for their July reporting. 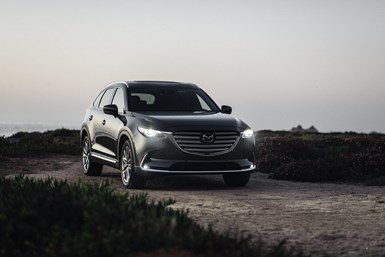 However, Mazda’s performance is actually better than many. In fact, it had July 2020 sales of 24,085 vehicles—which is a 3.4% increase compared with its sales in July 2019. That’s right, an increase in sales compared with 2019. In July 2019 it had sales of 23,292. That’s a difference of 793 vehicles. It is worth noting that there was an extra sales day in July 2020 compared with July 2019, so that is likely to have had an effect on the numbers. A few more visits to dealerships can have quite an effect.

Still, it is notable that Mazda is showing only a 5.5% decrease this year from January to July compared to the same period in 2019. By way of comparison, Toyota is down 21.9% and Subaru down 21% so far this year compared with the same period last year.

A contributor to the Mazda performance: the CX-30. It was introduced in November 2019, so the 20,743 units that have been sold so far this year does a whole lot to counteract a lot of red ink.

These two vehicles are almost bookends, in that the CX-30 is a compact crossover and the CX-9, although a midsize CUV, is the biggest in the Mazda lineup.

Still, Mazda makes vehicles that truly punch way above their weight in terms of styling as well as driving performance.

Were more people to actually give Mazda a try, odds are that its numbers would be much higher.