At the front of the McLaren Senna there are four aero surfaces: the front splitter, active aero blades, fixed aero blades, and slot-gaps positioned between the headlights and the daytime running lights. These surfaces were specifically designed in order to carve the wind. 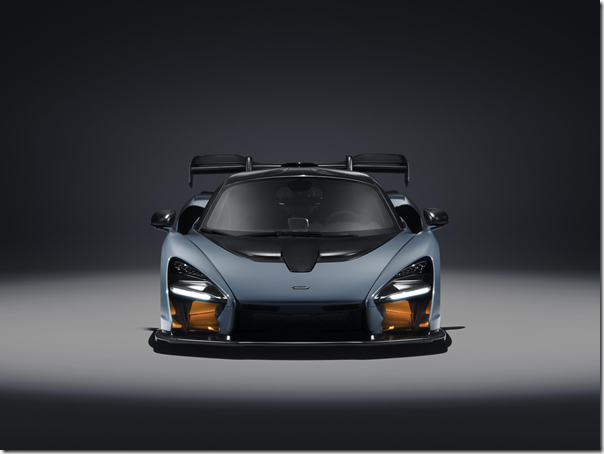 At the rear of the McLaren Senna there are features including gurney flaps that are supplemented by steps of stepped louvers. These draw the air cutting along the top surfaces away from the rear deck, down the sides of the body, and help create an area of low pressure that draws the hot air from the radiators and engine bay in such a way that the consequent flow doesn’t impact the efficiency of the rear wing, which we’ll get to momentarily. But there are other design features for air management, such as the slash-cut exhausts which are angled and positioned to keep from negatively affecting the wing or rear diffuser. And speaking of the double diffuser, it is a single piece of carbon fiber that starts at the rear axle and is designed so that it accelerates the departure of air out from beneath the car such that a low-pressure zone is created, thereby drawing the car to the ground. 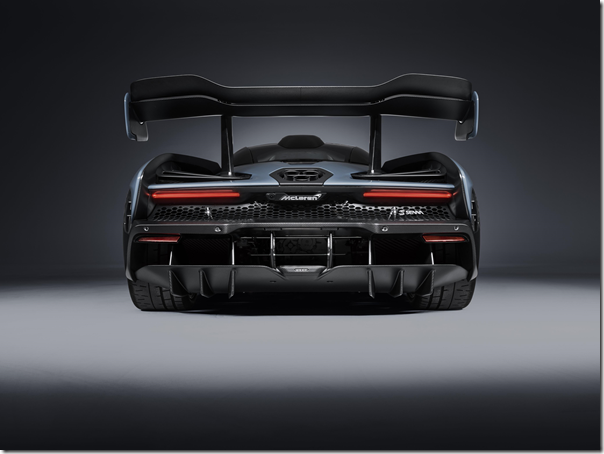 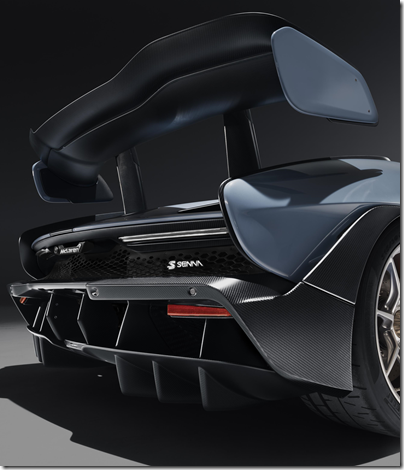 The overall vehicle weight is 2,641 pounds. The amount of downforce that is created is 1,764 pounds.

Yes, the entire monocoque—designated the Monocage III—is carbon fiber. According to McLaren, which has been producing such structures since 1981, this is the strongest one they’ve ever produced. Among the notable features are narrow A-pillars for improved visibility, as well as a double-walled rear assembly that acts as a roll cage for improved occupant protection.

One area where you might imagine there would be solid sheets of composite but there aren’t is the panels for the dihedral doors, which feature glazed inserts that allow additional light into the cabin. 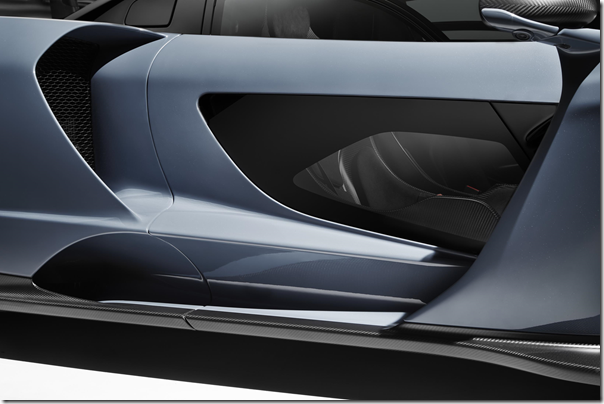 A word about the engine (which can be seen through the backlight): it is a twin-turbocharged V8 that produces 789 hp and peak torque of 590 lb-ft. The engine is mated to a seven-speed dual clutch transmission that can operate fully automatically or via paddles mounted on a rocker behind the steering wheel. The paddles, of course, like much else in the McLaren Senna, are carbon fiber. 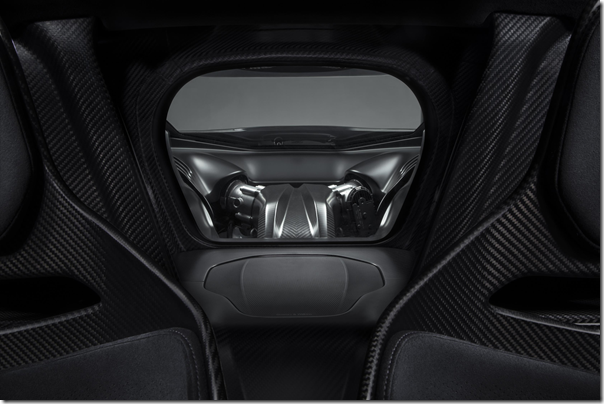 Speed? 0 to 62 mph in 2.8 seconds. Top speed of 211 mph. But the folks at McLaren think that the real performance of the vehicle will be realized when the car is on a road track as then all of the aforementioned downforce as well as the RaceActive Chassis Control II system (double wishbones front and rear and hydraulically interconnected dampers, left to right, front to back) that uses four wheel accelerometers, two pressure sensors per damper and multiple body sensors to adjust the setup within 2 milliseconds, will come into play. 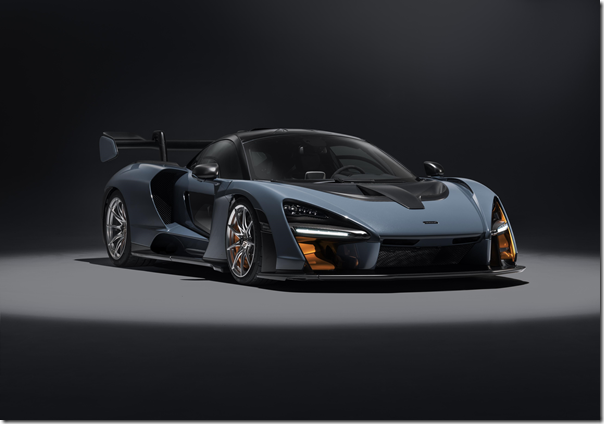 “The design language of the McLaren Senna is extremely aggressive and different from any previous McLaren – because no other road-legal McLaren has had to fulfil such an uncompromising brief,” explained Rob Melville, Design Director, McLaren Automotive