Toyota has its Mirai on the road right now. So is the Hyundai Tucson Fuel Cell. The Honda Clarity Fuel Cell is supposed to be launching in the U.S. this year. 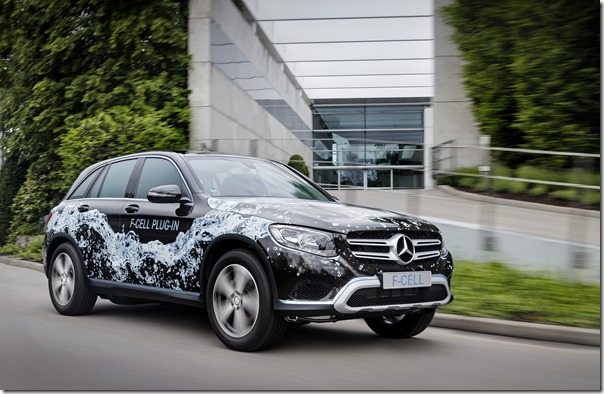 And Mercedes will be bringing out the GLC F-CELL in 2017. In Europe, that is.

What’s interesting about the GLC F-Cell is that it is also a plug-in vehicle. It features a 9-kWh lithium-ion battery pack that can be charged from a household outlet and is said to provide a full-electric range (on the electricity) of 50 km on the NEDC drive cycle (which is different than the EPA cycle in the U.S.).

Of course, then there is the fuel cell. This has been designed so that it can be housed in the engine compartment of the GLC. Not only is it compact, but the fuel cell stack uses 90 percent less platinum in its stack so that the cost of the system is not as Tiffany-oriented as it otherwise might be. The stack was developed with Ford in Vancouver, Canada, as part of the Automotive Fuel Cell Cooperation joint venture. 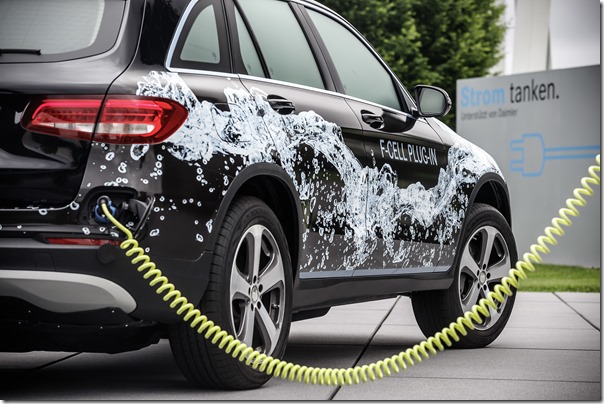 There are two Type 4 carbon-fiber reinforced tanks that were developed by Daimler’s NuCellSys along with Hexagon Composites, which is the tanks’ supplier. The tanks are built into the floor of the crossover and hold about 4 kg of hydrogen at 700 bar. Refueling can be performed in about three minutes.