According to Zipcar, owning a car costs about $800 per month. A person who uses Zipcar for 10 two-hour, two three-hour, and two 24-hour trips over a given month will spend about $333.
#Scion #Toyota 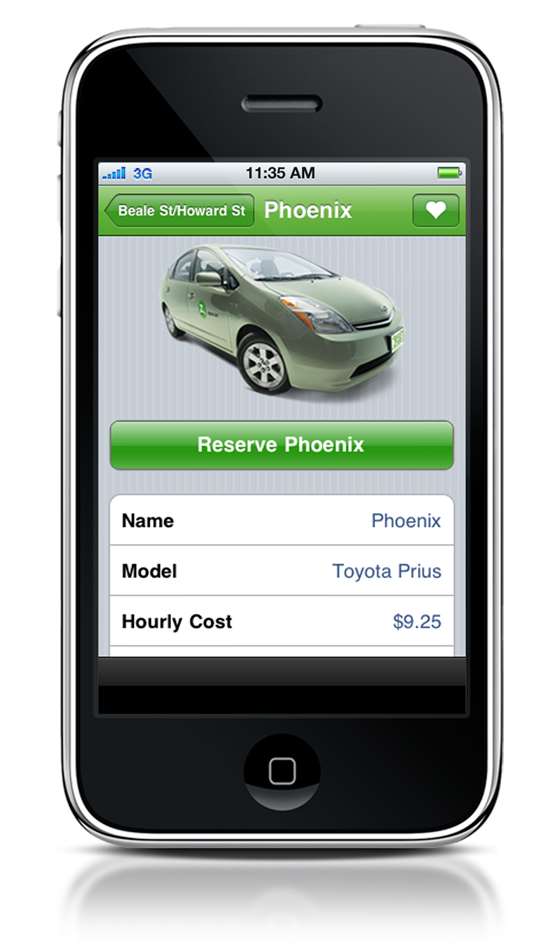 The day before the OEMs reported their generally solid February sales, Zipcar (zipcar.com) released the results of a survey that it conducted focusing on the Millennials, people between 18 and 34 years of age. Millennials with licenses. And they included older people in the calculations, to provide context.

The results ought to give those who are doing product planning for light vehicles a bit of a pause, if not full-on eye-bulging.

For those of you not familiar with Zipcar, it is a car sharing service that was founded in Cambridge, Massachusetts, in 2000. It started small, initially offering vehicles in Boston, New York, Washington DC, and San Francisco. Then it was on to Chicago, Baltimore, Toronto, Vancouver. Seattle, Portland, Atlanta, Philadelphia, Pittsburg. Baltimore, Providence, Los Angeles, Austin, Miami. There are more than 300 college and university campuses with Zipcar availability. Zipcar’s fleet numbers greater than 10,000, and it includes more than 30 makes and models.

So say I want to join Zipcar. The closest locale to this office is Zipcar in Ann Arbor (home, as you probably know, to The University of Michigan). I pay a one-time application fee of $25 and an annual fee of $50. That’s it. Then I have access to an array of vehicles that will cost no more than $8.50 per hour or $77 per 24-hour period (that’s the weekend rate; weekdays are cheaper). That includes 180 miles, gas and insurance. The fleet in Ann Arbor consists of Fords (Escape, Focus hatch, Focus Sedan), Hondas (CR-V AWD, Civic, Insight hybrid), the Scion xB, and Toyota Prius. Remember, this is a university town.

Cars are reserved via the web, including mobile apps. Cars can be selected by type and by location. There are a multitude of Zipcar parking spaces around metro areas. Members have a “Zipcard,” an RFID-based credit-card sized tool that lets you unlock and lock the specific car that you’ve reserved. The keys are in the car. Drive it, and return it to a Zipcar spot.

According to Zipcar, owning a car costs about $800 per month. A person who uses Zipcar for 10 two-hour, two three-hour, and two 24-hour trips over a given month will spend about $333. No, it is not for everyone. But the number of people for whom it makes sense is growing. (As is the number of car sharing services.)

So, back to that survey. When asked what would have a bigger impact, losing their computer, phone or car, 35% of the Millennials surveyed said computer, 30% phone, and 28% car. Contrast that with people between the ages of 45 and 54: 17% computer, 28% phone, 45% car. Clearly the car is much more important to that older cohort. By far.

Or this: 25% of those between 18 and 34 say that various car sharing applications and alternatives are reducing their driving frequency; only 12% of those over 45 say the same.

Or this: 73% of the Millennials prefer online shopping to actually driving or riding to a store.

I’m not suggesting that these results indicate that the auto market is going to shrivel up and phones and computers are going to replace cars and trucks. But I am suggesting that there is a marked shift in the way that younger people perceive cars and trucks, one that people in the auto industry ignore at their peril. OK. Maybe that sounds a bit dramatic. But when the loss of a phone is equated with the loss of a car among those Millennials surveyed, it is clear that we’re not in Motown anymore, Toto.

While plenty of people at OEMs think that by adding all manner of clever infotainment in their vehicles is the way to attract younger buyers, it seems like the only consequence of that is poor scores on Consumer Reports ratings because THE KIDS DON’T CARE. They’re not particularly interested in driving, so you can build an Internet node on wheels and it doesn’t much matter.

But here’s a clue: 80% of the Millennials agreed with the statement “In today’s economy it can be difficult to own a car because of the high cost of gas, parking and maintenance.”  OEMs can’t do much about the parking. But the other two factors—and I can only assume that the cost of buying the car in the first place is a metric—are areas that can and should be addressed. Fuel efficiency and low maintenance costs can trump all the digital functionality in the world, it seems.