The company is all about special editions, whether it is the Paddy Hopkirk Edition, Coral Red Edition, Sidewalk Edition or many more. Here are two more
#MINI

You’ve got to give it up to MINI for being almost relentless in its development of models that celebrate driving despite the fact that it has limited market penetration in the U.S.: for the first three quarters of 2020 it has delivered just 19,589 vehicles, and as this year is not exactly “normal,” know that in the same period in 2019 the number was 27,408, so that gives you a good sense of what’s what.

But MINI motors on.

For many, MINI isn’t just a single car that they own but part of a heritage of cars that have come out of the U.K. for the past 61 years.

So to that end, the company has announced the development of two special-edition models: 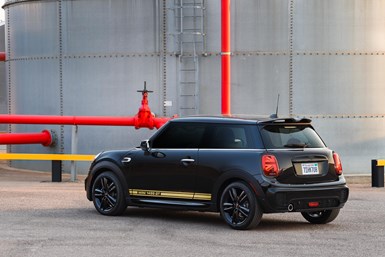 The exterior of the 1499 features Midnight Black Metallic paint and gold side stripes; there is a Piano Black grille frame, door handles, headlight rings, and taillight rings. (The LED taillights show a Union Jack.)

Oxford isn’t just the place where there is that famous university, but where the MINI factory is located.

Which explains the “Oxford Edition” of the Countryman, both Cooper and Cooper ALL4 variants. 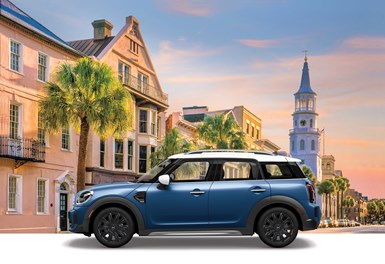 Admittedly the background is not Oxford. But this is the Countryman Oxford Edition.

The thing about this is that it is an edition that takes into account that those who go to university (not just Oxford) tend to be dealing with student debt. So it is contented in such a way that it is less expensive than it would be were each of the optional items purchased separately.

That is, there are 18-inch wheels with run-flat tires, metallic paint, heated seats, auto climate control, and that aforementioned Anthracite headliner. Were someone to make those selections, the MSRP would be $32,100.