Although the SEMA show—like essentially everything else—is going to be digital this year, this doesn’t mean that the OEMs aren’t developing their products for specialization and personalization. 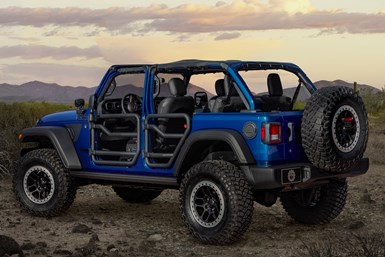 While there would, for example, be a physical display from Mopar showing all manner of tricked-out FCA vehicles, the physical gives way to the virtual.

In something of an acknowledgement of that, Mopar has created this drawing of a Jeep fully loaded with its gear.

As Jeep brand is become increasingly important to Mopar (and to FCA), the parts and accessories operation has developed more than 500 Jeep Performance Parts.

The art is by designer Frank Dionisopoulos: