As anyone who has driven a hybrid vehicle knows, there is better fuel efficiency achieved in stop-and-go traffic, as those conditions allow the vehicle’s battery to capture power during regenerative braking, which is then redeployed to propel the vehicle.

As anyone who spends any time in a major city knows, stop-and-go driving conditions are generally about as good as it gets; sometimes it seems as though it is stop-and-stop. 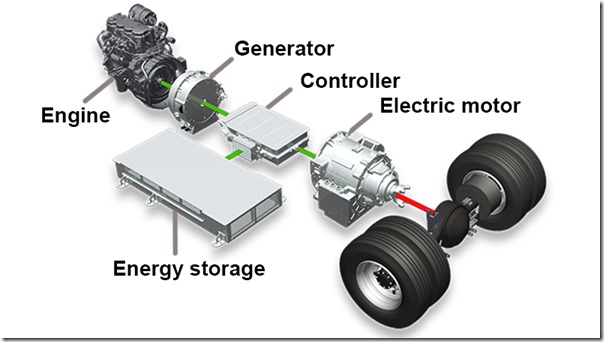 Which brings us to the Association du Transport Urbain du Quebec (ATUQ), which handles the nine Quebec public transportation organizations, including those in Montreal and Quebec City.

The ATUQ has placed a order for 497 electric-hybrid buses using the Series-E propulsion system from BAE Systems. This series hybrid system features a diesel engine that powers a generator, which then drives the electric traction motor. It is optimized for applications where there are low average speeds and frequent stops: a.k.a., cities.

According to BAE, the systems the company has in operation around the world—some 2,000 units (of which ATUQ has more than 900 at present)—has up to 15 percent engine off time, which means no fuel is being burned.

The new buses have the ability to shut the engine down so as to be able to operate in zero-emission zones.