More Power for IndyCar in 2021

It used to be that attendance figures for the Indianapolis 500 were never officially announced. But in 2016, for the 100th running of the race, it was announced that there was the first-ever sellout, which was estimated to be on the order of 350,000 attendees, and for 2017, the CEO of Hulman & Co. said that there were 300,000 attendees.

One of the issues that is presently vexing motor sports series pretty much across the board is that there aren’t as many fans as there once were.

So perhaps as an effort to increase interest in open-wheel racing, INDYCAR, the sanctioning body for the Verizon IndyCar Series, is turning to something that has long generated more attention: increased engine power.

INDYCAR has announced that for the 2021 season they’re going to be using 2.4-liter, twin-turbocharged V6 engines that will be able to generate as much as 900 hp (for short spurts, when the push-to-pass button is pushed).

The present engines are 2.2-liter twin-turbocharged V6s that produce at least 100 less horsepower during push-to-pass as the future engines will. The 2.2-liter engines—produced by both Chevrolet and Honda—generally operate at from 550 to 700 hp, depending on the turbo boost. 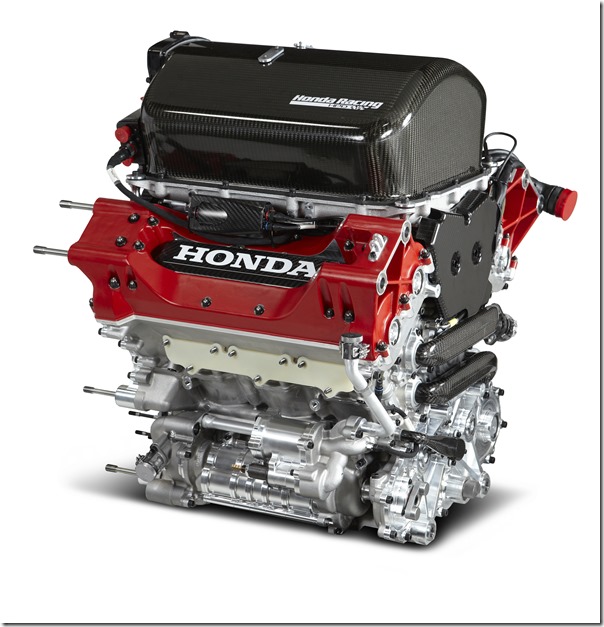 According to Art St. Cyr, president of Honda Performance Development, “The new INDYCAR engine formula should be exciting for the fans and an interesting technical challenge for Honda Performance Development. While the overall architecture remains similar to the current engine, the increased displacement will bring many changes, including a notable increase in power that should please all fans of the sport. In addition, it provides our designers and engineers with an opportunity for significant development, which is a challenge we welcome at Honda.”

And the comment from Chevy is more focused on competition at the dealerships than on the racetrack: as Jim Campbell, U.S. vice president of performance vehicles and motorsports for General Motors said, “The 2.4-liter, twin-turbo V-6 engine formula that will be introduced for the 2021 season will continue to showcase relevant technologies that we incorporate in our production engines. The opportunity to transfer learnings in performance, reliability and efficiency between the racetrack and the showroom is very important to Chevrolet.”

The old saying used to be “Win on Sunday, sell on Monday.”

If there are fewer fans, then presumably that means even if you win you’re going to sell fewer. So increasing horsepower might increase fan interest, which will. . . .