Ray Evernham was inducted into the NASCAR Hall of Fame with the Class of 2018.

No, not as a driver, although the man does get behind the wheel of a variety of types of cars and competes. But as his bio has it on the HoF site:

In the 1992 season finale, a young driver and crew chief made their NASCAR premier series debut. Less than a decade later, Jeff Gordon and Ray Evernham were in the record books. Evernham guided Gordon and the No. 24 team to three championships in four seasons (1995, 1997, 1998), and a series-leading 47 wins in the 1990s. Among their triumphs were two Daytona 500s (1997, 1999) and two Brickyard 400s (1994, 1998). Matching Evernham’s mechanical prowess was his innovation on pit road. Under his direction, the “Rainbow Warriors” revolutionized the art of the pit stop. In 2001, Evernham tried his hand at ownership, leading the return of Dodge to NASCAR. His drivers won 13 times, including NASCAR Hall of Famer Bill Elliott’s (2015) triumph in the 2002 Brickyard 400. After selling majority ownership of his team in 2007, Evernham worked for ESPN as a race analyst before joining Hendrick Motorsports in 2014 as a consultant for its competition department.

Nowadays, Evernham and his team rebuild cars at his Big Iron Garage in Mooresville, North Carolina. They bring cars back to life. They make cars go a hell of a lot faster than they once did. They make cars somewhat more comfortable to drive than they previously had been. 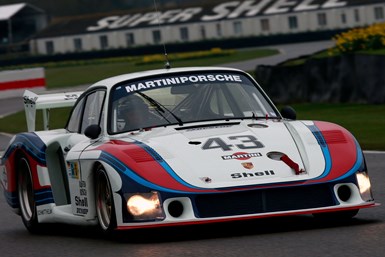 And he talks about that on this edition of “Autoline After Hours” with “Autoline’s” John McElroy, Larry Webster, vice president of Content for Hagerty and me.

What’s more, we’re joined by Bill Warner, founder and chairman of the Amelia Island Concours d’Elegance, who happens to know more about cars than any 10 other people you might know. Not only does he know them as a man who has an eye for the classic, unique and collectable, but he, too, has spent time as a driver. He and Evernham are also friends, which makes this show all the more interesting.

A couple of automotive raconteurs holding forth for an hour.

There is a lot of insider information that the two bring out, whether it is Evernham’s discussion of his legendary radio conversations with Jeff Gordon or Warner talking about some of the tricks of the trade that were used to get a “competitive” advantage on the track.

Another topic of conversation is the whole market for classic cars, which seems to ebb and flow as people age and tastes change. And the issues of restomods and “tribute” cars results in a lively conversation.

Incidentally, the Amelia Island Concours is scheduled for March 4-7, 2021. There will be a variety of vehicles shown, ranging from electric vehicles of yesterday and today to classic race cars like the Porsche 935.

And there will even be a seminar hosted by Ray Evernham (“Chevy Thunder”).