Mitsubishi Electric has put the crankshaft-mounted integrated starter-generator (ISG) that it has developed into mass production. The ISG, which is for use in 48-volt hybrid systems, is said to be more efficient than belt-driven starter-generators as it can produce higher output and generate more power, which contributes to fuel efficiency. 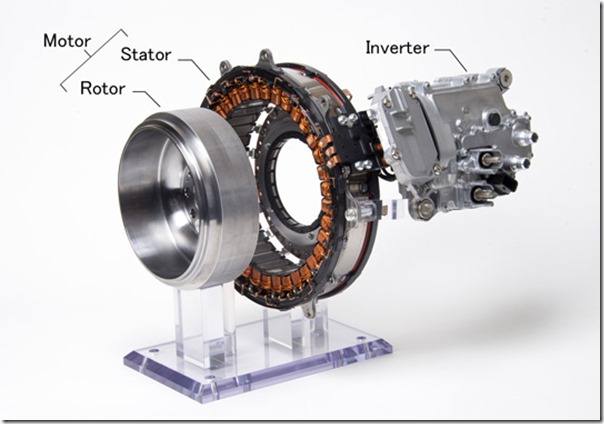 When a belt is used to transfer power from the motor to the engine, there is a limitation of the torque and so the peak power output.

By having a direct connection of the motor to the crankshaft, there are overall improvements in the motor’s output power and power generation.

The company has developed a proprietary coil-winding technology that allows a high-density configuration for its motor; this results in a thin-profile that allows the motor to be deployed in various vehicle layouts. (The first production application for this ISG will be in Mercedes hybrids.)

In addition to which, they’ve developed a compact inverter that is characterized by reduced heat resistance and improved durability.