The last Porsche 911 Turbo with an air-cooled engine went out of production 20 years ago, but the craftsman at Porsche Classic have taken a body shell from the 993 generation and spent 1.5 years assembling “Project Gold” (based on the Golden Yellow Metallic paint used), a car with a new 450-hp 3.6-liter twin-turbo flat six, the same output of the circa 1998 vehicle. They went into the parts shelves that Porsche Classic has dedicated to the 993-generation vehicles—of which there are approximately 6,500 parts—and picked out the manual transmission and the all-wheel-drive system for the car. 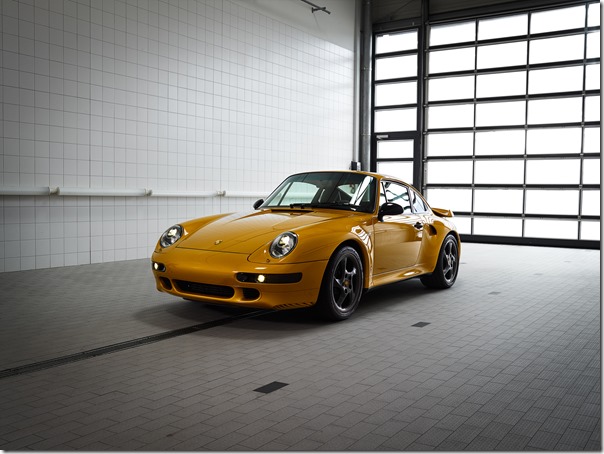 The original 911 Turbo of the 993 was the first with a twin-turbo engine and it features an aluminum chassis.

Project Gold work was performed in Stuttgart, with work performed both inside and out of the vehicle by personnel at Porsche Exclusive Manufaktur. 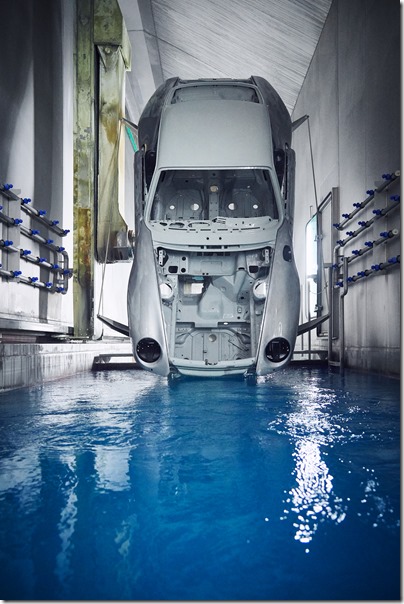 The bodyshell underwent a cathodic dip coating process as all Porsches built today do.

Although the car runs, it isn’t street legal, so operation is limited to private tracks.

The vehicle will be auctioned by RM Sotheby’s at the Porsche Experience Center in Atlanta on October 27, 2018, with proceeds donated to the Ferry Porsche Foundation.

It is worth noting that there were just 345 911 Turbo S models with the 450-hp engine produced by the time it went out of production in 1998.

Although this is the 346th, it is really one-of-a-kind. 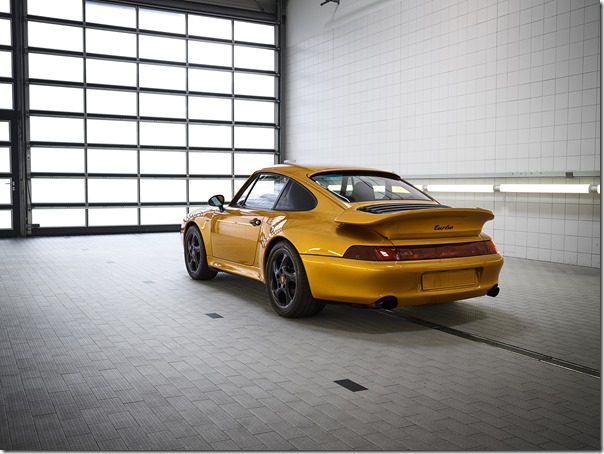