What is it about New York and (1) powerful engines and (2) convertibles? Anyone who has spent any time in the city knows that gridlock is more common than wide-open streets. What’s more, when you are stuck at an intersection—possibly hanging your tail out as you’ve nudged your way as far forward as possible—what’s the likelihood that you’re going to want to have your top down when you’re going to be surrounded by pedestrians who are not happy that you’ve blocked their way?

Be that as it may—or could be—it is interesting to note that at the New York Auto Show, which will wrap up this weekend, Mercedes and Chevrolet both introduced powerful convertibles. 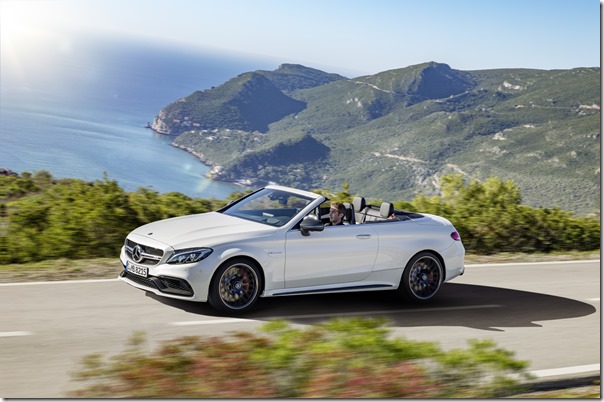 For those for whom that is not quite enough, there is the Mercedes-AMG C63 S Cabriolet, which provides 503 hp, 516 lb-ft of torque, and a 0 to 60 time of 4.0 seconds. While that 0.1 second may seem not all that important, know that it has an electronically limited top speed of 174 mph, while the non-S model is merely 155 mph. 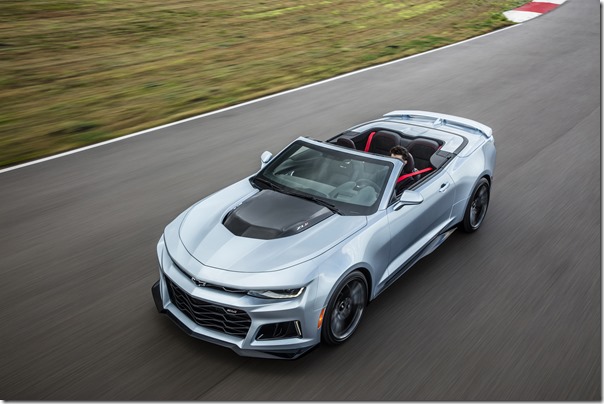 In the case of Chevy, it is the 2017 Camaro ZL1 convertible. This has an LT4 6.2-liter small block V8 that produces an estimated 640 hp and 640 lb-ft of torque. It has a convertible top that can be raised or lowered while driving at up to 30 mph. Should you be driving in New York City, that 30 mph is something that is more than ample. Should you be driving outside of the city, 30 mph is probably something you’ll see only fleetingly on the speedo.

In something of a zig to the zag of those other OEMs, Mazda took the opportunity to introduce the MX-5 RF, with “RF” standing for “Retractable Fastback.” 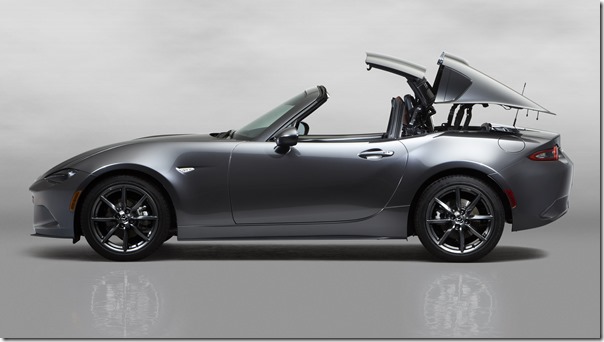 In other words, a retractable hardtop version of the Miata. This isn’t simply a metal version of the cloth roof; it is designed so that the roofline slopes back to the rear of the car; it isn’t truncated as the cloth roof is. But what’s common between the two is that when the tops are opened and the roofs stored, the trunk capacity is the same 4.6-cubic feet.

Of the three, chances are the Mazda is a bit more Manhattan-capable in that what it gives up in horsepower (it has a 2.0-liter four cylinder rated at 155 hp), it more than makes up for in maneuverability.