With its electric power steering systems (EPSS) on vehicles including the Ford F-150, Ram 1500, Chevrolet Silverado, GMC Sierra, and even some cars (e.g., Mustang, Charger, Challenger) and crossovers (e.g., Buick Enclave, Chevy Traverse), it is perhaps not entirely surprising that Nexteer Automotive announced today that it has produced its 60 millionth EPSS. 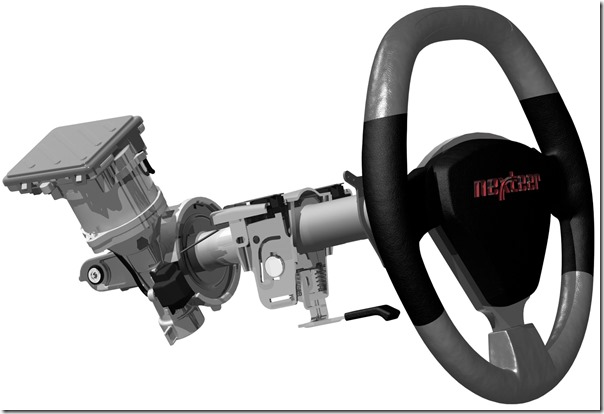 It has systems installed, the company says, on nine out of 10 full-size trucks in the U.S. and one out of four cars in Europe (with both types of vehicles being massive in their respective markets).

And it is worth noting that Tao Liu, Senior Vice President and Global Chief Operating Officer, Nexteer Automotive, pointed out, “Our 60 millionth EPS production milestone comes just 14 months after our 50 millionth milestone,” which not only speaks of the ever-growing demand for the systems, but the ramp of production capability at Nexteer.

The demand certainly won’t slacken as the company points out that EPSS facilitate advanced driver assistance systems (ADAS), such as lane-keeping assist, park-assist and traffic-jam assist, so as the demand for those functions grow, so will the number of steering systems required.