Less than 10 years ago I wrote about the amazing technology that Volvo was deploying; it used sensors to detect objects in front of a vehicle and, if the driver didn’t seem to be taking the appropriate action (e.g., braking) the vehicle’s system would do it automatically. Conditions under which it worked were constrained, but nonetheless, it was remarkable.

While it wasn’t exactly rocket science, it surely seemed like it at the time. 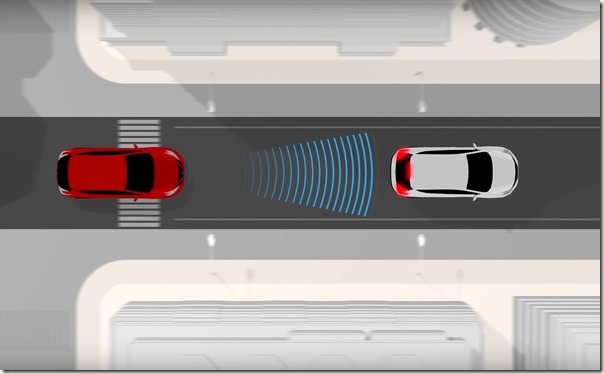 The Nissan system uses radar technology to detect whether one’s vehicle is closing a bit too hastily toward a vehicle ahead and provides audible and visual warnings should a collision seem possible. No response from the driver and the AEB system automatically applies the binders, with collision avoidance (ideally) or collision at a lower rate of speed resulting.

Nissan cites National Highway Administration data that show that about a third of all police-reported collisions are rear enders and that AEB-like systems can reduce injury insurance claims by 35 percent. Both good things.

But here’s the point: notice how there is an acceleration in the deployment of advanced technologies in vehicles such that what seemed really quite amazing just a few years ago is now becoming standard on even entry-level vehicles like the Sentra.

Should you have any doubts that the auto industry is riding a technological wave that is going to come crashing down on those companies that don’t get up on their legs and surf it, clearly Nissan’s announcement should dispel them.