According to the National Weather Service, in 2013-14 the seasonal snowfall in Chicago was 82 inches, an amount of precipitation that would probably make those who had to endure it wish they’d had the Armada Snow Patrol concept that Nissan is introducing this week at the 2018 Chicago Auto Show. 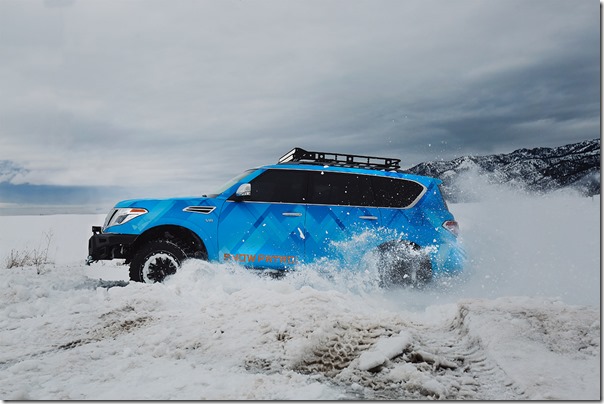 The vehicle is based on a stock Armada but then tricked out with a variety of features, including a three-inch suspension lift, extreme off-road 35 x 12.50 R20 tires, a Smittybilt off-road bumper with grille protector bar and winch mount with 12,000-pound capacity winch, and a a roof-mounted DR36 double row LED light bar with flood and spot capabilities.

Just the thing for Michigan Avenue on one of those inclement evenings.

According to Billy Hayes, division vice president, Commercial Vehicles and Trucks, Nissan North America, ““The Armada Snow Patrol project was completed using readily available aftermarket parts – thanks especially to Pro Comp and Katzkin – showing owners how easy it is to take their family adventures to the next level even in some of winter’s most severe conditions.”

Of course, not everyone will be so inclined to slam their Armada (the MSRP for the base 4WD vehicle is $48,500). But Hayes points out, “With its rugged fully-boxed ladder frame, powerful V8, advanced all-wheel drive system and easily engaged Snow Mode setting on the 4WD Mode Control dial, Armada is ready to tackle the most adverse climate situations.”

Yes, the one that is in showrooms right now.

The Armada is produced by Nissan in a plant in Kyushu, Japan. The 390-hp, 5.6-liter DOHC Endurance V8 hails from Decherd, Tennessee. 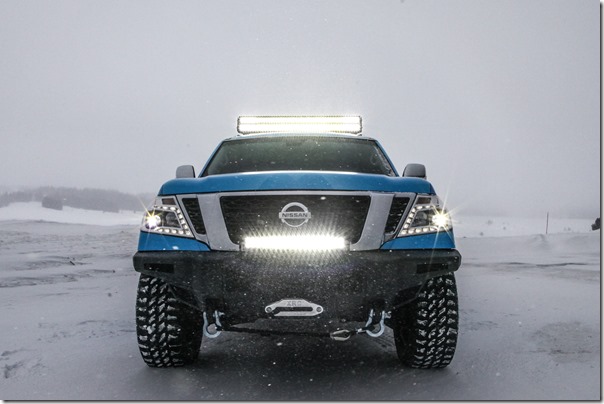