Nissan Leaf and the Challenge of Distance

According to Google, the distance between Boston and Washington, DC, is 439.6 miles via I-95 and that it would take 7 hours and 40 minutes to drive. It isn’t clear whether that accounts for stops for gas. Let’s say that it doesn’t, and we’ll add 20 minutes to the trip. So eight hours. And let’s just call it 440 miles.

Nissan recently announced that it is working with EVgo, a supplier of electric vehicle (EV) charging stations, on creating a network of chargers between the two cities along I-95. 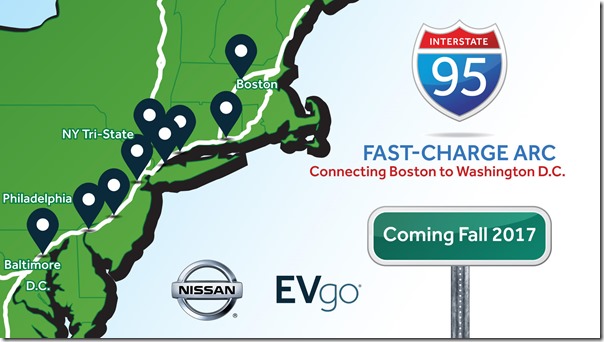 In all, “I-95 Fast Charge ARC” will consist of nine sites and include a total of 50 charging stations. Each station will offer both CHAdeMO and Combined Charging System outlets, both of which are DC fast chargers.

EVgo is interested in this because it owns and operates charging stations (it has over 900 fast chargers in 66 of the top U.S. markets).

Nissan is interested in this because it has been offering the Leaf EV in the U.S. since December 2010. Since then it has sold more than 100,000 in the U.S. market.

The Leaf is available with a 30 kWh lithium-ion battery. This provides the family vehicle with a range of 107 miles. 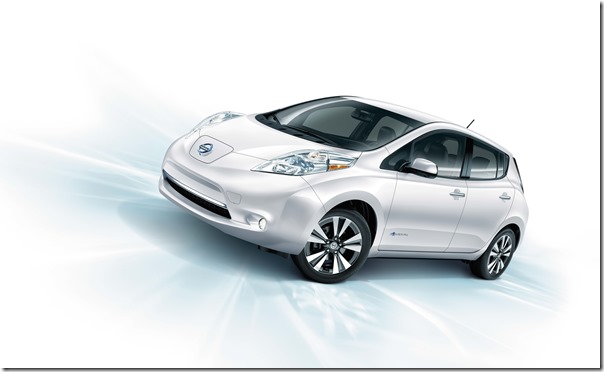 So what does that mean in the context of driving from Boston to Washington after “I-95 Fast Charge ARC” is fully built out?

Let’s say that the range that the Smith family is comfortable with in their Leaf is 100 miles. They drive 100 miles to the first station. Using the fast-charge device, they are able to get an 80 percent charge in 30 minutes.

So this means if their range was 100 miles at the start, they now drive 80 miles. For the sake of this, will posit that the EVgo stations are Smith-appropriately spaced.

At mile 180 of their trip they stop for a 30-minute recharge.

So, all in, there are 2.5 hours of stopping for electricity.

This means that the 8-hour drive is now a 10 hour drive, or a 25 percent increase. 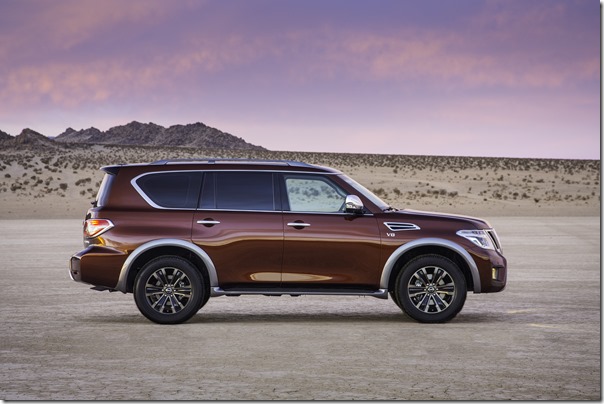 To make an absurd comparison, let’s imagine that the Jones family is making the same trip from Boston to Washington, but instead of a Leaf, they are in a Nissan Armada SUV, the biggest vehicle in the Nissan showroom.

The Armada has a 26-gallon fuel tank. It is EPA rated at a combined 15 mpg. So that would provide a range of 390 miles on a single tank. But the Jones family isn’t comfortable with cutting it so close, so let’s call it 350.

At 350 miles, the Jones family stops to fill up. It takes 20 minutes. They drive the remaining 90 miles to Boston. When they arrive, there’s still 260 miles of range available.

However, when the Smith family arrives in their Leaf, they’ve got just 40 miles.

That is why EVs are going to have a tough time for intra-city travel.