According to Nissan, the Tsuru model that it makes and sells in Mexico, a compact, has been a solid success for more than 30 years. According to Mayra Gonzalez, president and general director, Nissan Mexicana, “In the Mexican automotive industry, Tsuru is one of the top sales leaders. The majority of Mexicans have some history that binds us to the Nissan Tsuru. The sedan, which has a huge following, has provided families in Mexico high-quality, reliable and durable transportation since 1984.” 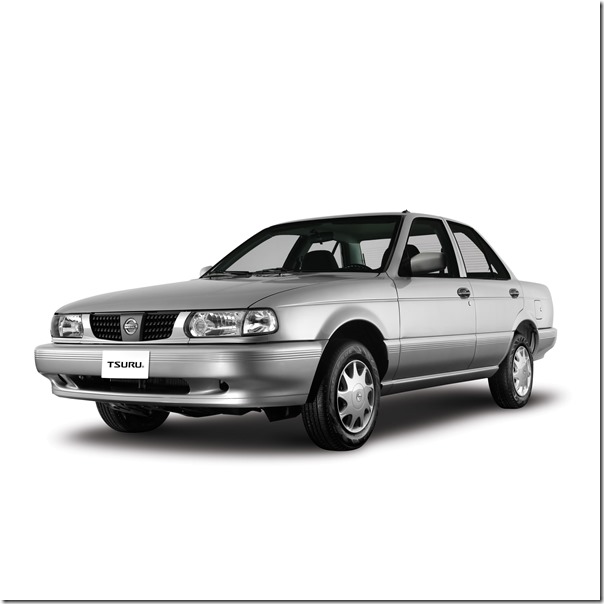 David Ward, Global NCAP (Global New Car Assessment Programme) secretary general, would undoubtedly beg to differ with some aspects of that statement from Gonzalez on October 26, as he said on October 27, “This is a long overdue decision to cease production of a car that is fundamentally unsafe. Three years ago our partner Latin NCAP crash tested the car and revealed its Zero Star rating. It has taken Nissan too long to recognize that selling sub-standard cars is unacceptable. At last they have responded to the demands of Latin NCAP and Mexican consumers to withdraw the Tsuru from the market.”

On the 27th, Global NCAP, Latin NCAP and the Insurance Institute for Highway Safety (IIHS) conducted a test at the IIHS facility in Virginia. A 2016 Nissan Versa, a car that received a 5 Star rating, and a 2015 Nissan Tsuru, which received the aforementioned 0 Star rating, were crashed against one another. The test involved a 50 percent overlap and was at a combined closing speed of 80 mph. 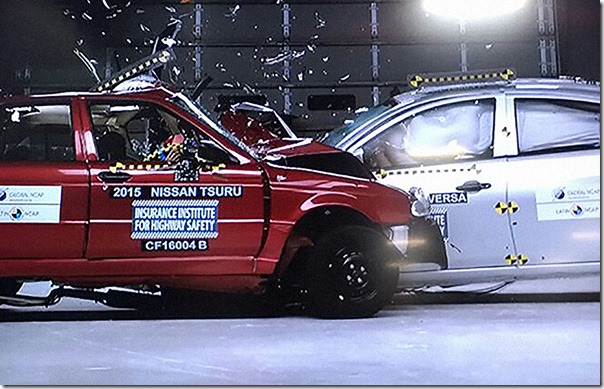 According to Global NCAP, “A driver in the Tsuru would have had high probability of suffering life-threatening injuries, it is likely that the crash would have been fatal, there were no airbags, and the main structures all failed, fatally compromising the survival space.”

The Tsuru will be going out of production in May 2017. In March a special commemorative version, of which 1,000 will be produced, will go on sale.

Said Alejandro Furas, Latin NCAP secretary general, “Even though we welcome Nissan’s announcement, why should at least 15,000 more units of this potentially life threatening model be sold between now and May? Why has it taken Nissan three years since we first crash tested and gave the Tsuru a Zero Star rating to take this unsafe car out of production?”

Certainly a whole lot has changed in the auto industry since 1992.

What’s interesting to note is that Nissan points out that “J.D. Power awarded Nissan Tsuru the highest level of customer satisfaction in its 2013 and 2014 Mexican Vehicle Ownership Satisfaction Study (MVOSS)” for a subcompact vehicle.

That notwithstanding, having minimum global safety standards (something greater than zero) would probably be a beneficial thing for all concerned.