Idea: Halos are Nice But Volume Pays the Bills 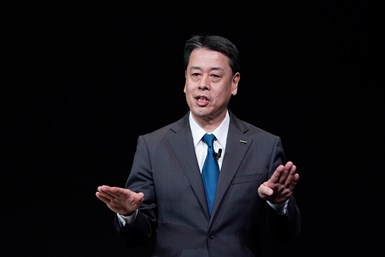 To that end—well, at least part of it—Nissan is bringing back the Z, the Nissan Z Proto. “Prototype,” perhaps?

You can see the unveiling on TheNissanNext.com on Tuesday, September 15 at 7;30 pm CDT.

Nissan describes it as “50 years of passion and heritage with modern technology.”

It is not clear when it will arrive in showrooms. 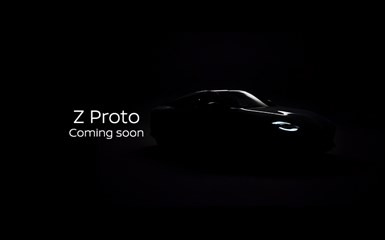 A better play for Nissan will probably be the Ariya, a battery electric crossover. It is to arrive in 2021. At some point. 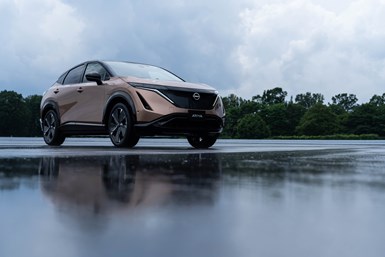 Arguably the Z Proto and Ariya will be halos. Because Nissan needs to have volume products doing well if Uchida’s goal is to be achieved.

Innovation: What to Do with CO2

Put it in foam.

That’s what Swiss company FoamPartner is doing in the development of its cardyon material, a polyol. Chemical company Covestro has developed a technology that allows up to 20% CO2 incorporated into polyols, which are then used in the production of polyurethanes. An objective is to create materials for interiors—headliners, door panels and seat covers. The low-emission foams are laminated to a textile for these applications. FoamPartner is marketing the material under the “OBoNature” name.

Know This: “We are now taking another important step toward using carbon dioxide as an alternative raw material in the chemical industry on an even broader scale.”--Sucheta Govil, Chief Commercial Officer of Covestro

How Covestro is using carbon dioxide for polymers. (Image: Covestro)