The 2017 Acura NSX is meant to go fast—it has a twin-turbocharged DOHC V6 that produces 500 hp and 406 lb-ft of torque and a front twin motor unit that drives the front wheels and a direct drive motor that is located between the engine and the nine-speed transmission—and it does, with a top speed of 191 mph. It is worth noting that the electrical elements boost the total system power to 575 hp and 476 lb-ft of torque. 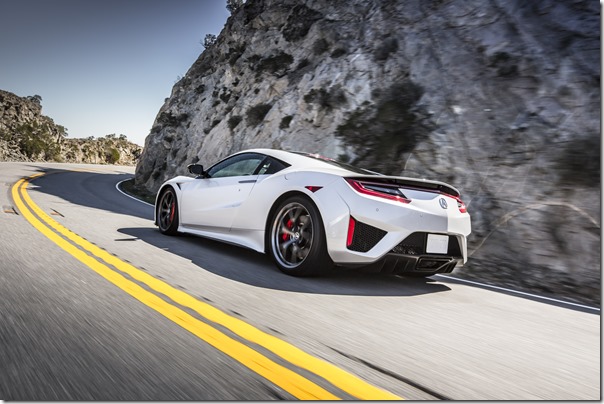 However, fast though it may be, the car, which is built at the Performance Manufacturing Center in Ohio, can’t be campaigned in the FIA GT3 class because of the hybridization. 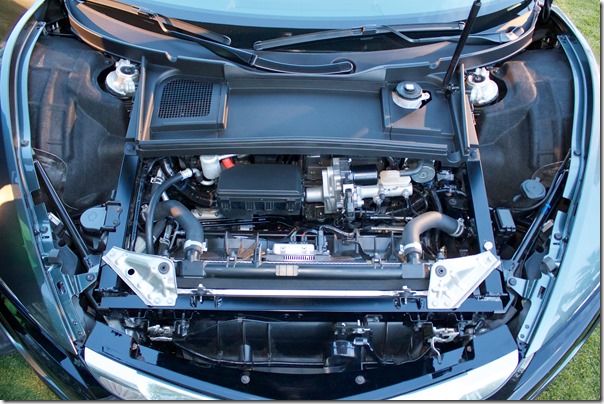 Art St. Cyr, president of Honda Performance Development, says, "The NSX was designed as a pinnacle expression of Acura Precision Crafted Performance, and we're looking forward to proving out its ultimate performance capabilities in GT3 racing. We'll be working with the NSX engineering teams in Ohio and Japan to bring our dream of a truly world-class new Acura NSX racecar to fruition."

Said another way: They are de-hybridizing the NSX so that it can pass homologation for the race series this fall.

However, they’re pretty much keeping the more-traditional aspects of the powertrain. The NSX GT3 will feature the 3.5-liter, 75-degree, twin-turbocharged V6 specs found in the non-FIA version; the block, heads, valvetrain, crankshaft, pistons, and dry sump lube system from the production car will be in the race car. The transmission is being replaced with a six-speed, sequential shift racing gearbox. 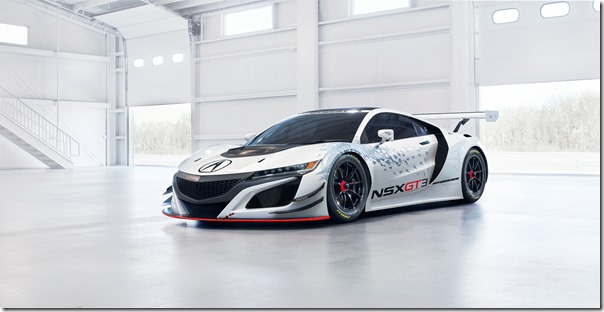 And, of course, there will be custom body work and aero components (e.g., large deck wing spoiler; enlarged hood vents) that will be on top of the “regular” (somehow that word doesn’t quite apply to the NSX) multi-material body and aluminum-intensive spaceframe.