While autonomous vehicles certainly need to be tested out in the real world, there is something to be said for running simulations of driving, given that simulations can not only run longer than any real-world fleet could (let’s face it: one the simulations starts running, there is no need to take breaks for fuel or snacks), and, what’s more, they can run faster, under more random conditions than is possible than if real cars are involved.

To that end, NVIDIA has announced that its DRIVE Constellation simulation platform is now available for developers of autonomous systems. 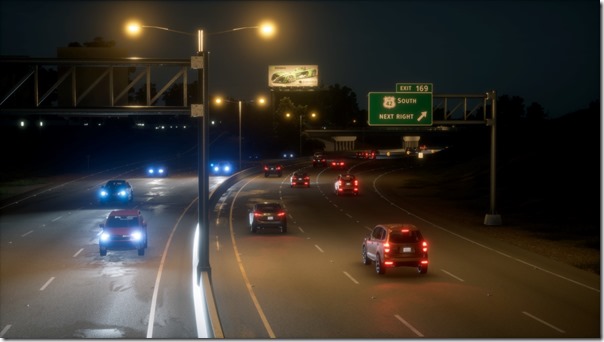 It consists of two side-by-side servers, one that runs the company’s DRIVE Sim software to generate sensor output from the virtual car in the virtual world, while the other has the DRIVE AGX Pegasus AI car computer, which processes the simulated sensor data.

Essentially, the Constellation system is able to rack up not only miles, but is able to learn the appropriate actions based on conditions that are encountered.

The system is an open platform, which means that partners can integrate their models—vehicles, sensors, traffic scenarios, environment—into the system.

Two of these companies are Cognata and IPG Automotive. The former creates traffic models, including multiple vehicles as well as other road users. The latter creates virtual vehicle prototypes, all the way down to the vehicle subsystems so that responses of the various elements (e.g., steering, suspension) can be determined.

Can get much better validation than TRI-AD being the first customer.